I had the incredible opportunity to explore Tejon Ranch with friends from the UCLA Birding Club and the UCLA Botanical Garden. I had heard to Tejon as the largest privately held property within California and knew that the landscape was relatively undeveloped. I also knew that the managers of the property plan to develop a new >20,000 unit housing development – a plan that has been much criticized by a variety of environmental groups. There was lots more about the political back-and-forth that I did not know about – like the ranch managers banning one of the most knowledgeable botanists of the region – but I also didn’t know just how incredible this landscape is. I will share some of the beauty of the landscape here.

We began the trip by visiting grasslands towards the western portion of the reserve. This portion has sandstone-derived soils, and the grasslands here were home to lots of beautiful poppies, pincushions, California goldfields, lupines, etc. 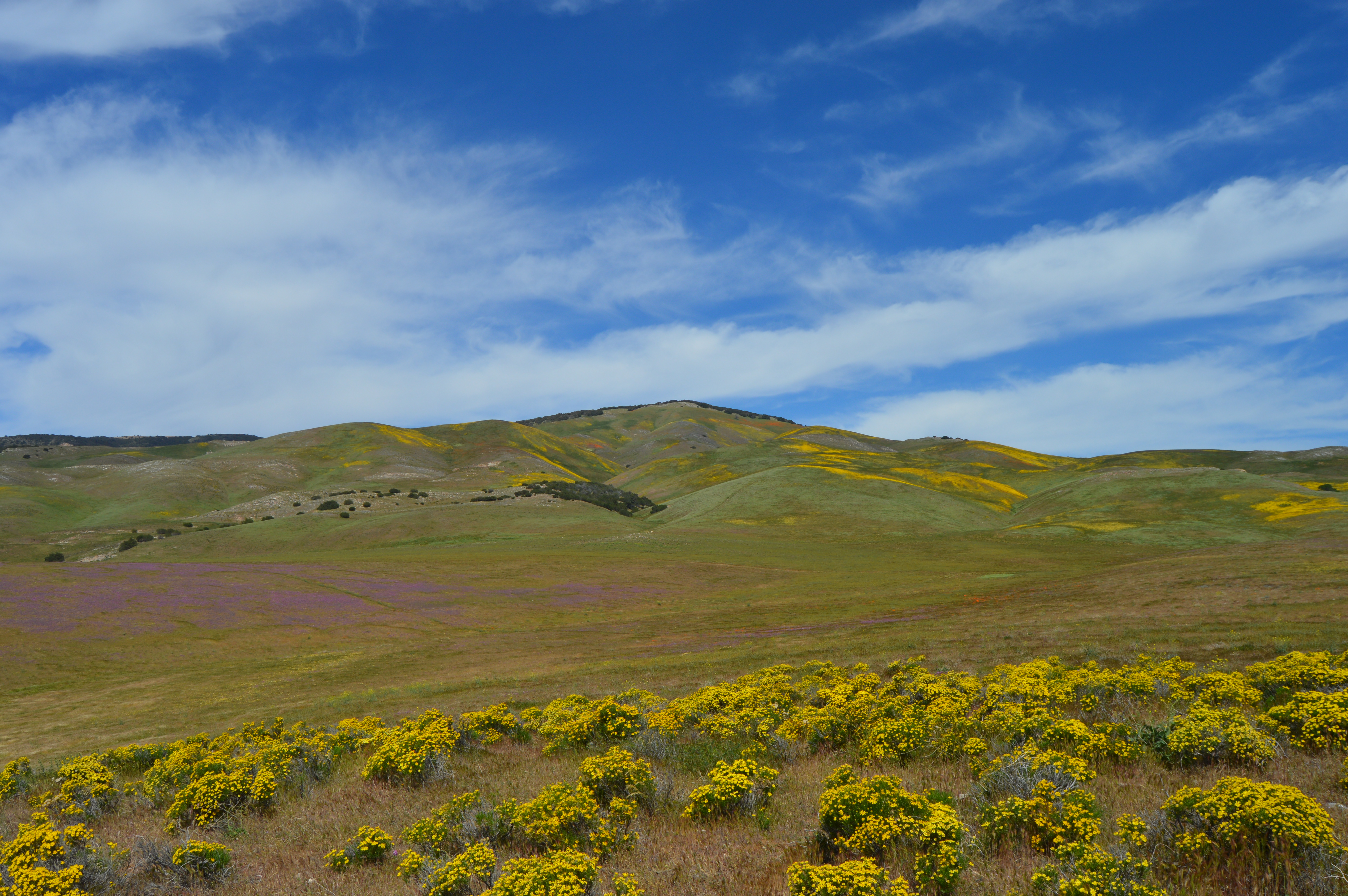 There’s also a still-functioning cement mining operation in this portion of the ranch: 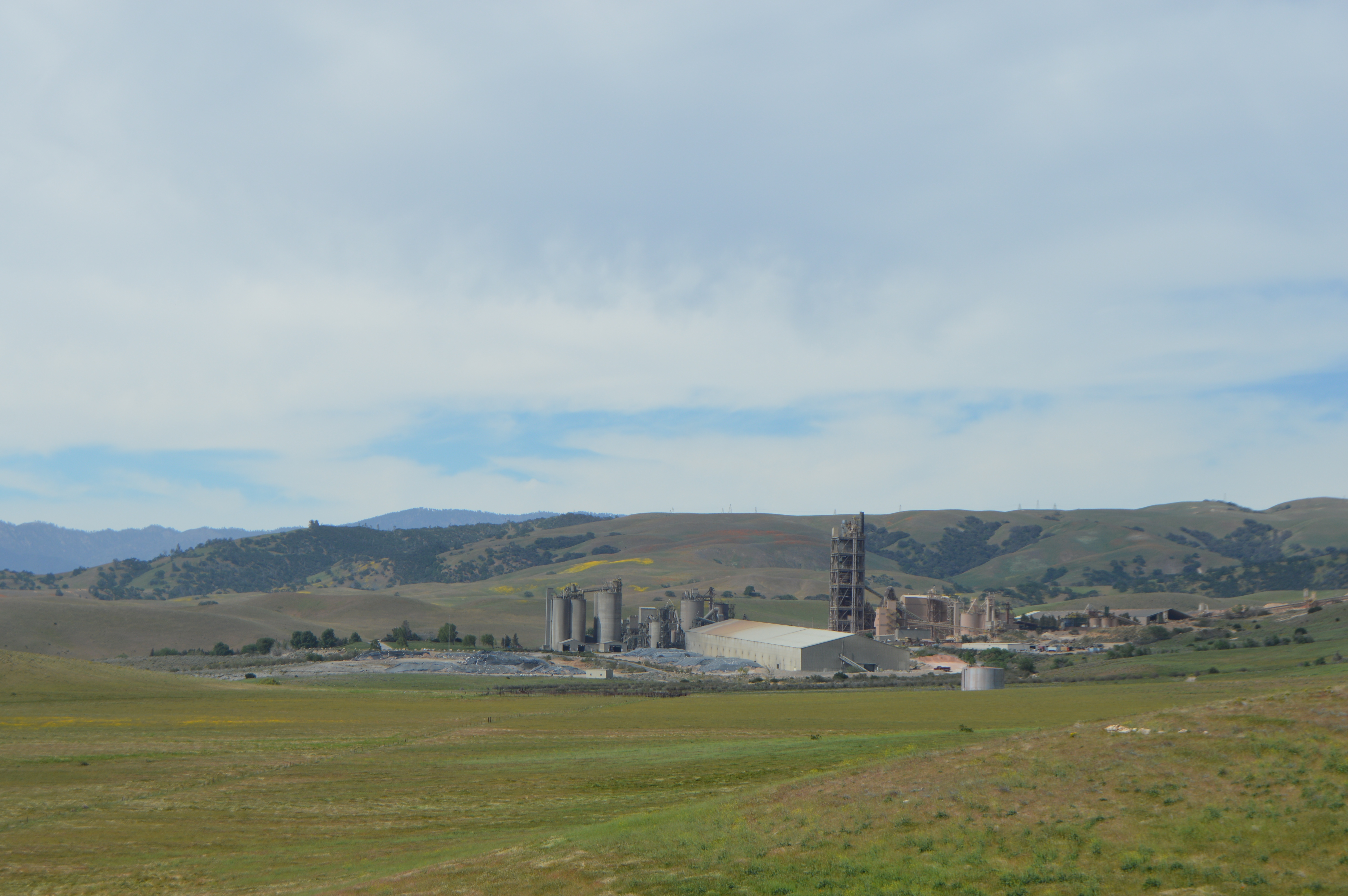 We saw lots of cool plants in this part of the reserve, including these: 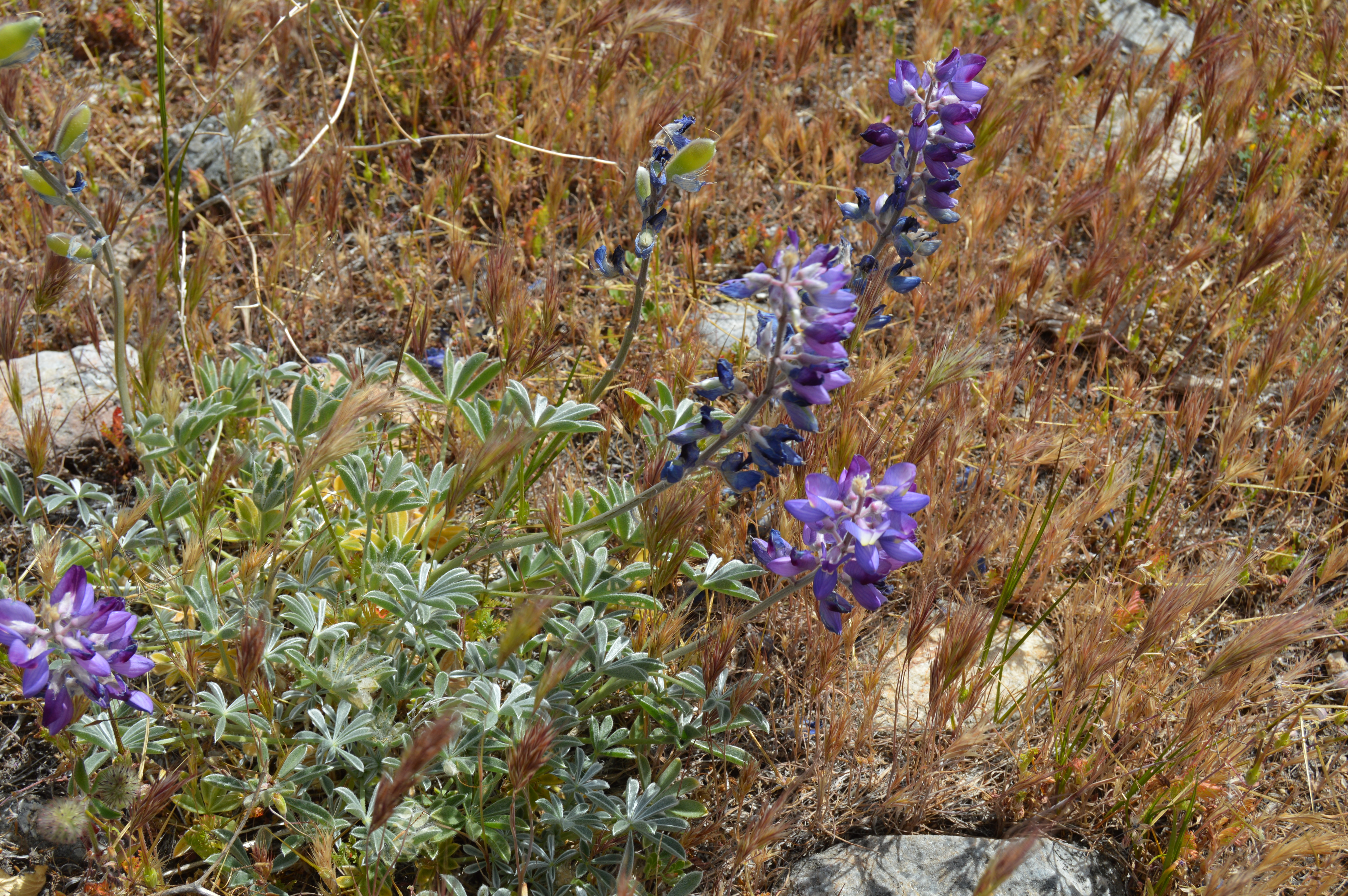 Grape soda lupin (Lupinus excubitus) – it really does smell like its namesake! 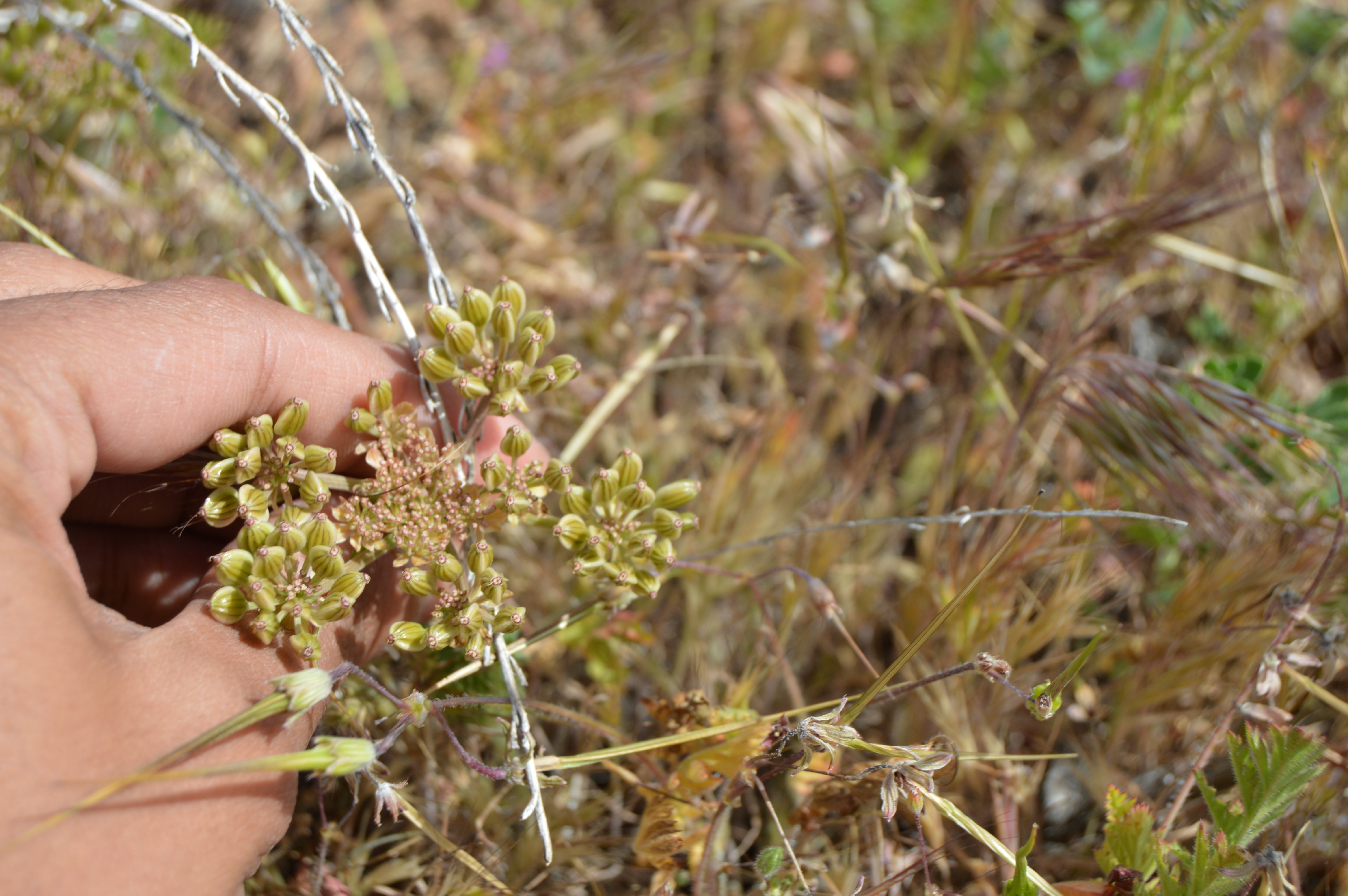 A species of Lomatium in the Apiaceae – the carrot, parsely, and celery family. 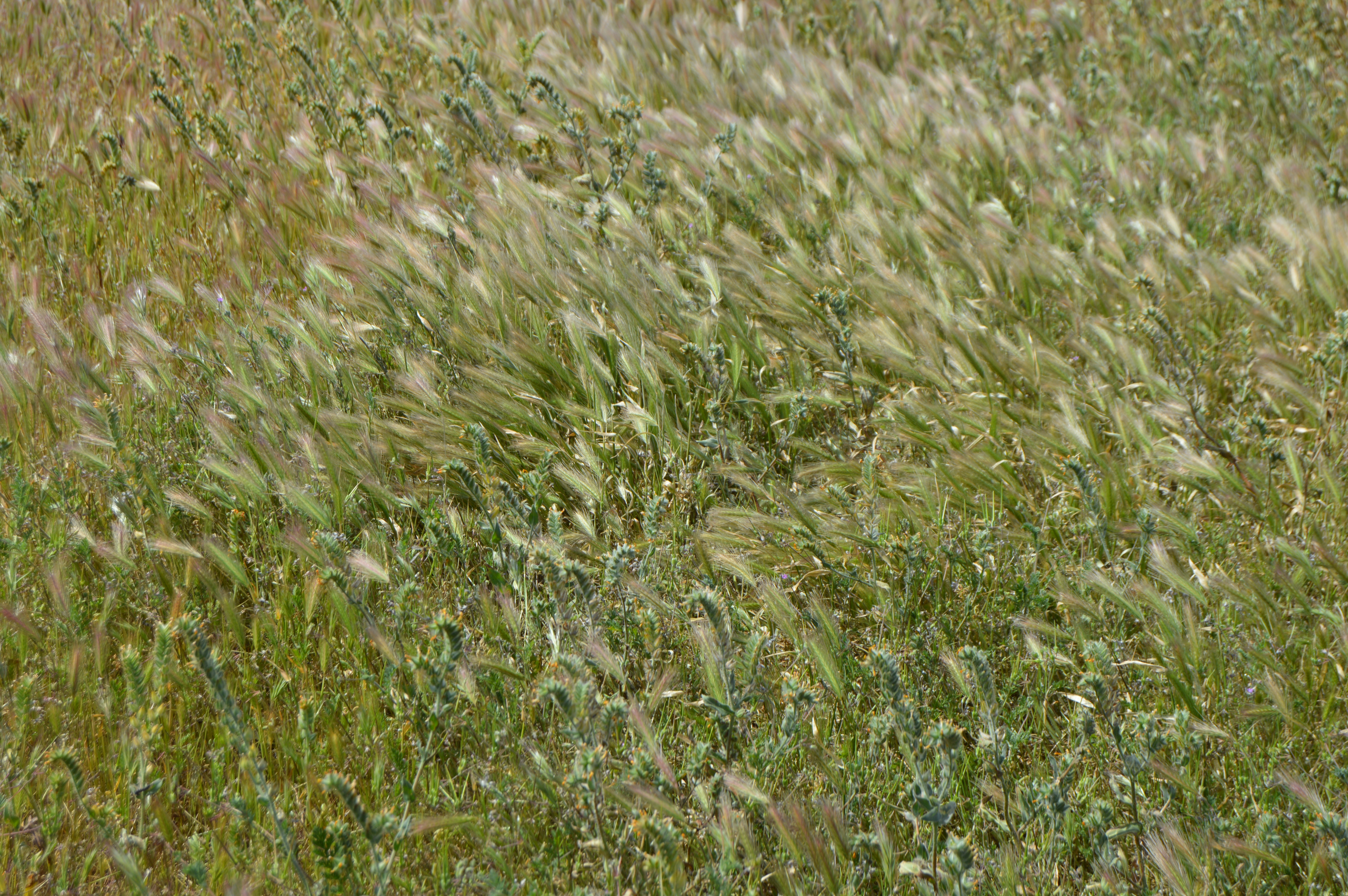 A European grass Hordeum that has become invasive in lots of California grasslands also makes its appearance.

On our drive to this part of the reserve, we were also incredibly lucky to catch a glimpse of the California pronghorn: 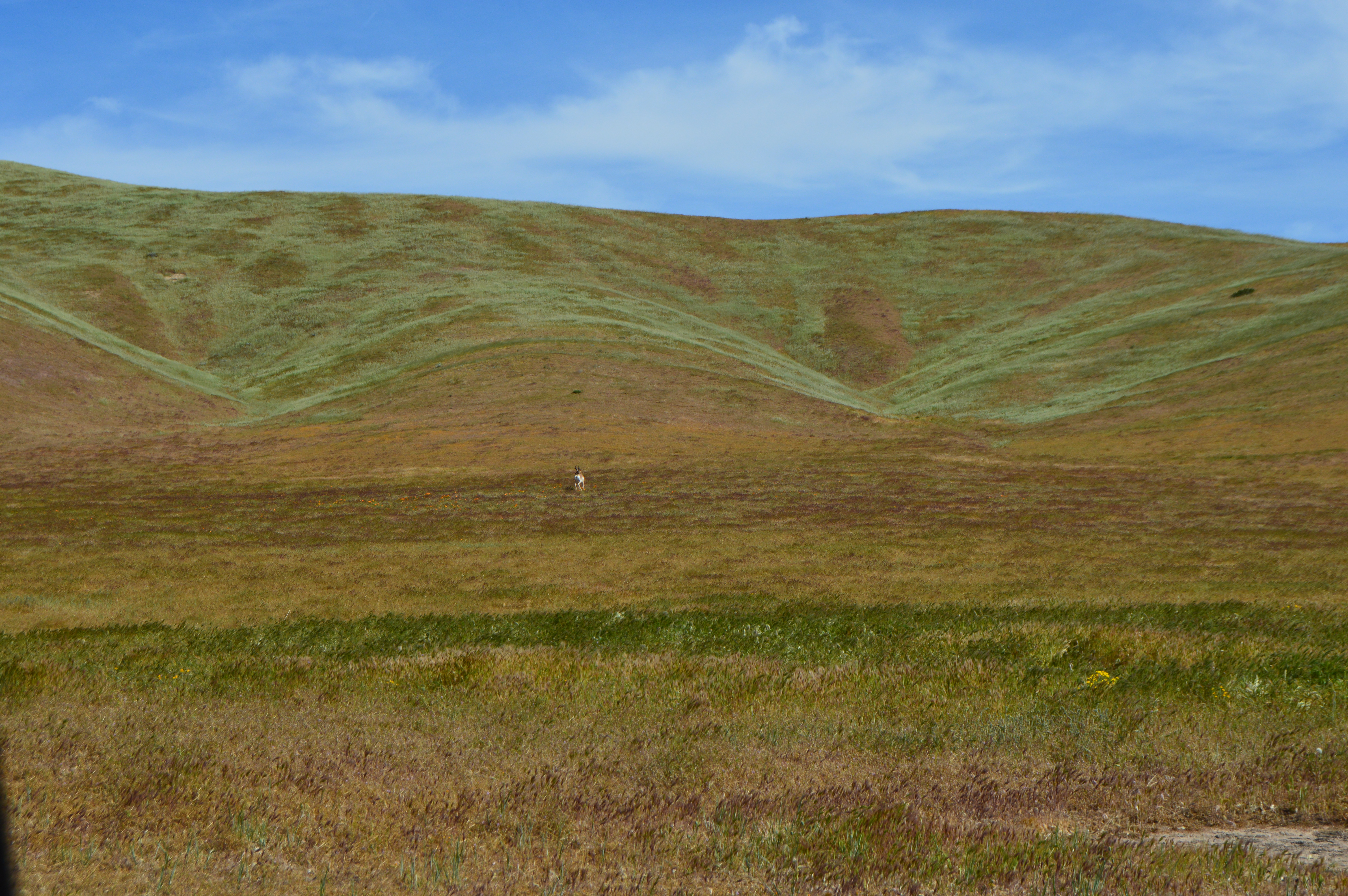 Here it is zoomed in: 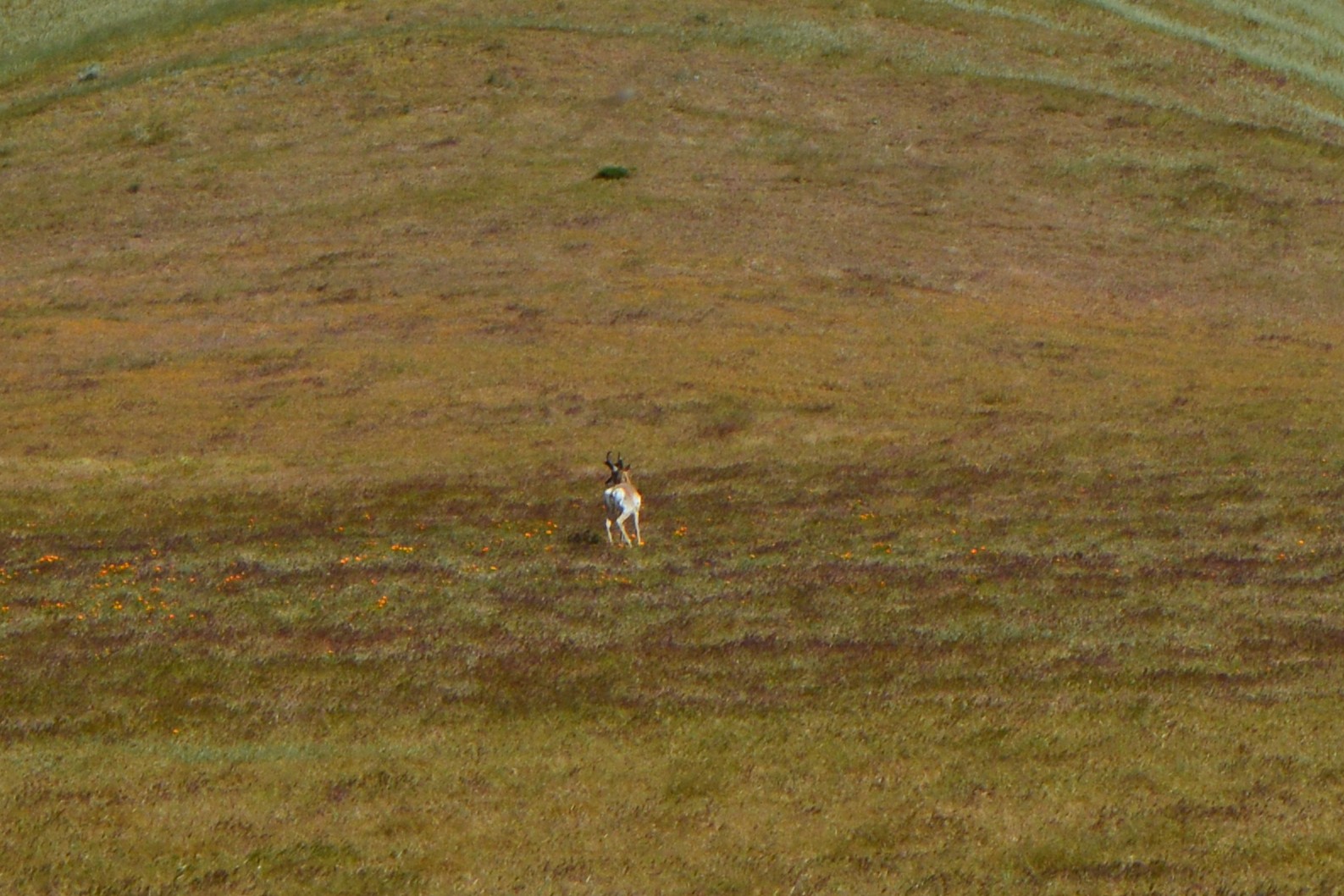 I had no idea these animals were in the area (I assumed the name Antelope Valley was a historical legacy which sadly no longer applies), so I was extra-excited to see these.

From here we drove up into a canyon (I forget whether it was the Little or the Big Sycamore Canyon), where was saw some beautiful oak woodlands lanscape. I was charmed by lots of great California native plants: 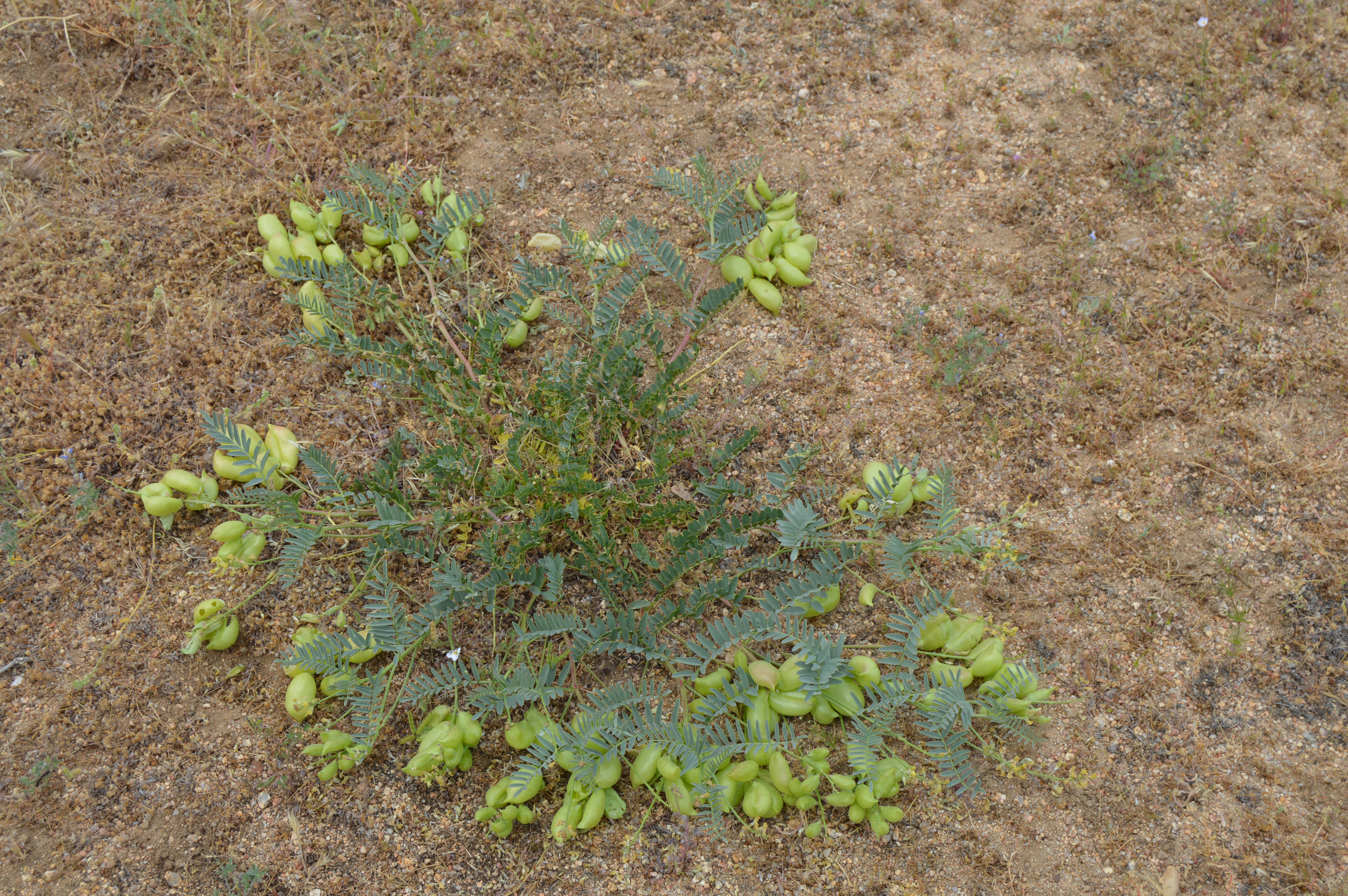 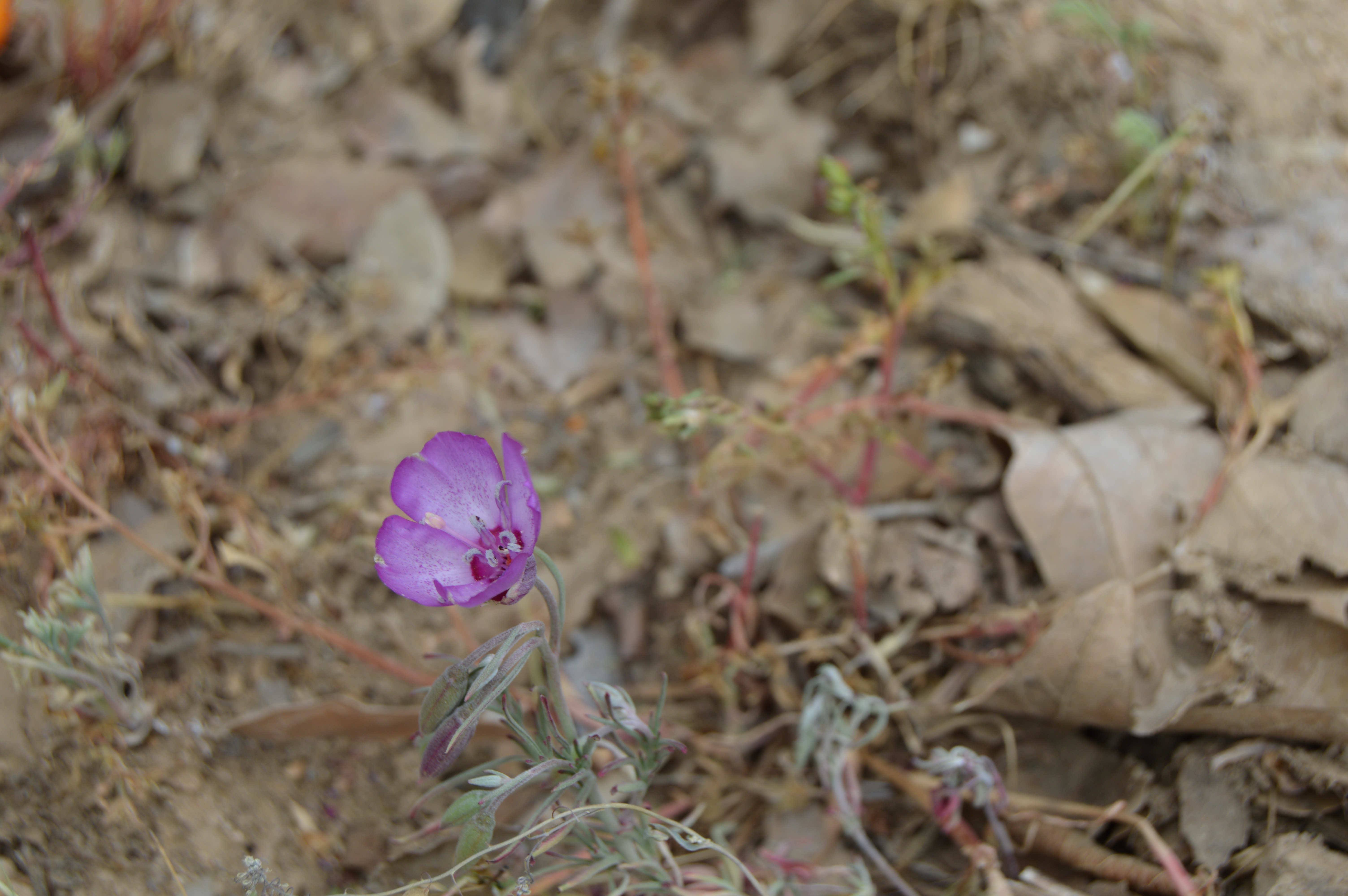 A beautiful flower of Clarkia cylindrica (I think). 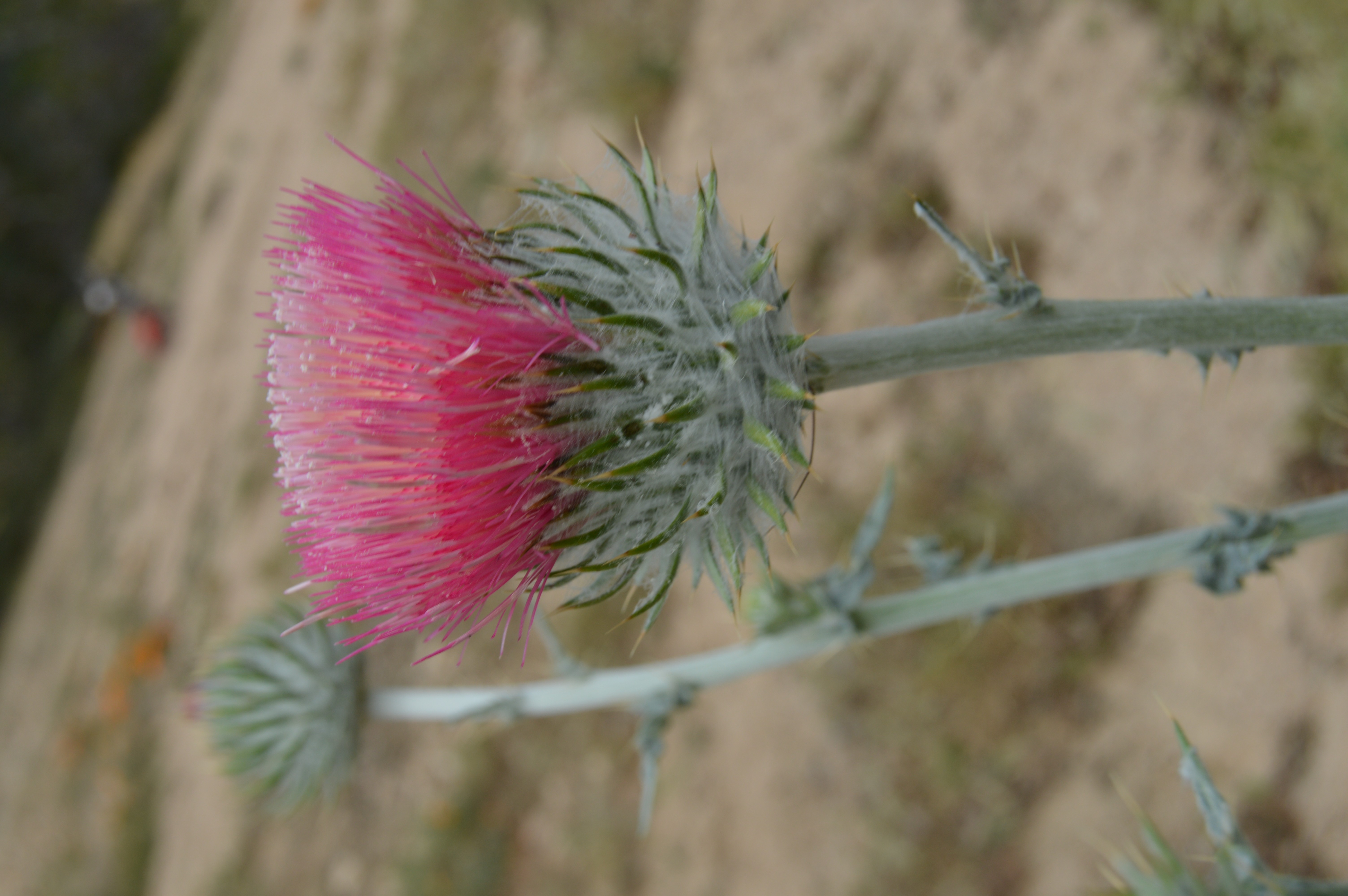 A native Californian thistle (Cirsium occidentale). There are so many invasive, nasty thistles around, that finding a native one felt really nice.

We also saw a gorgeous gopher snake in this part of the reserve, but I didn’t get a photo.

We moved from the woodland to what I thought was the most astonishing part of the reserve: its Joshua Tree desert section. The transition from the California grassland to the desert biomes was really special, with roadsides filled with representatives of both floras. 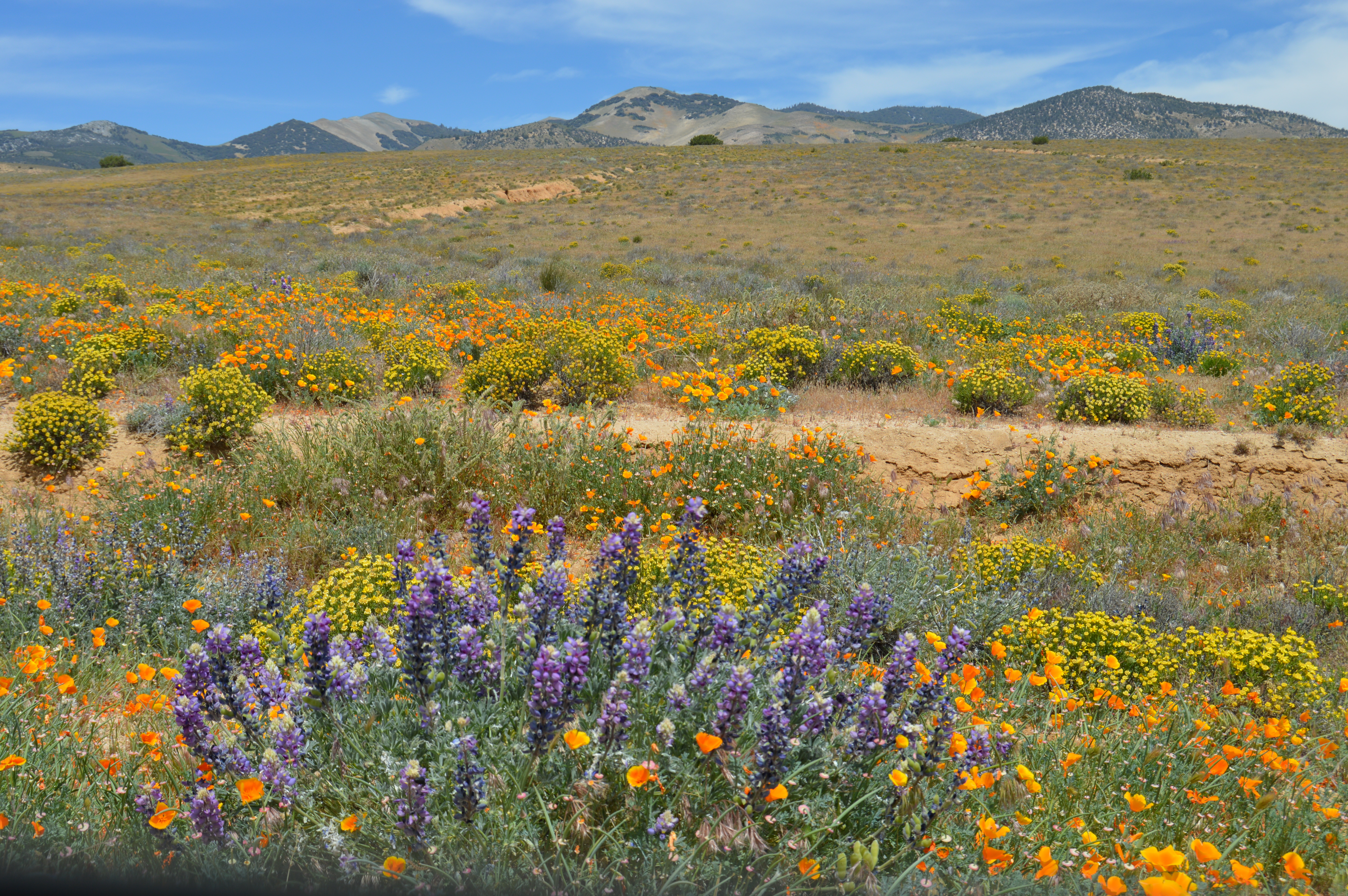 In some parts, the desert floor was covered with that look from afar like a monoculture of the desert dandilion Malcothrix. 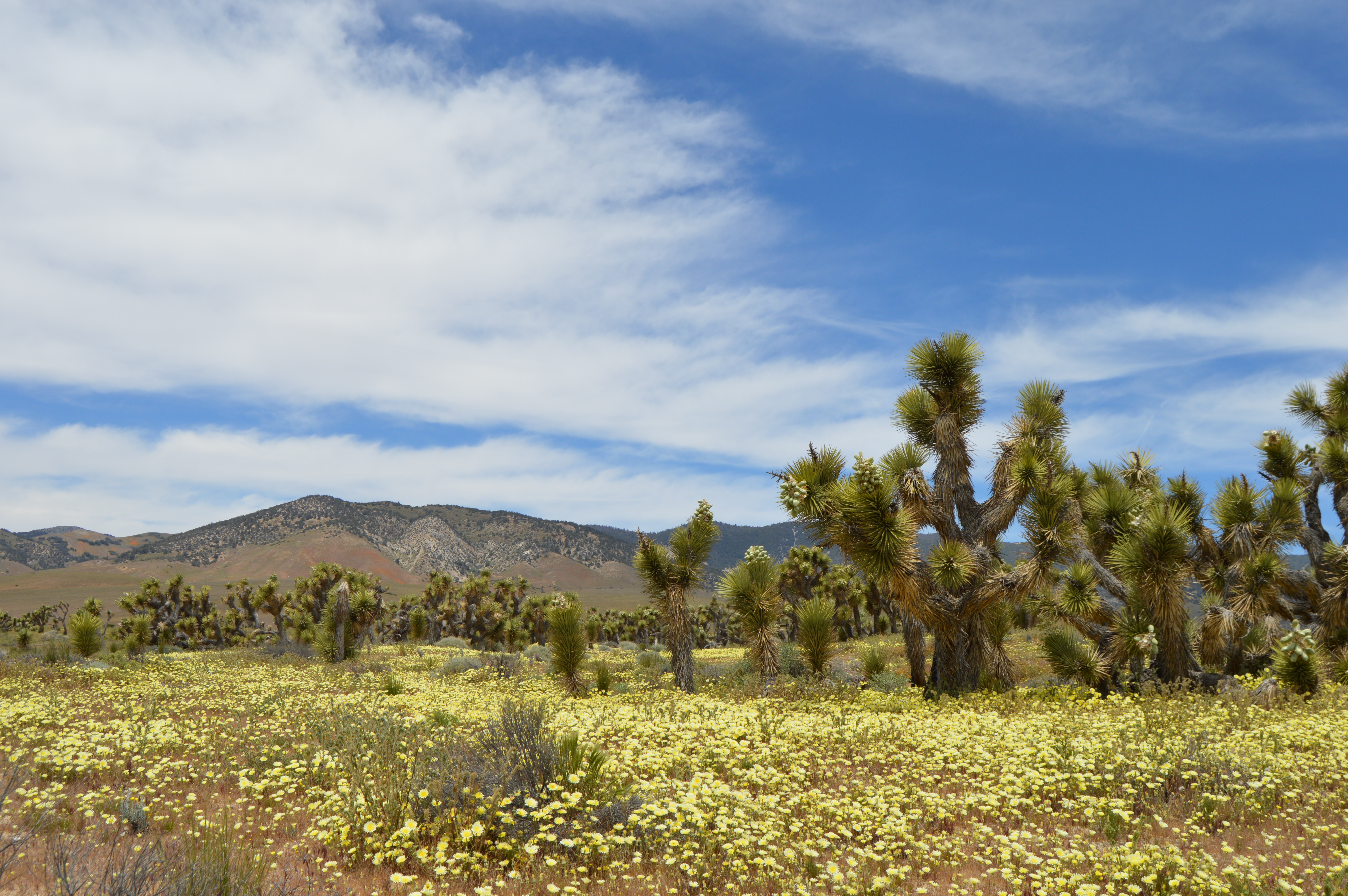 And in other parts, the desert floor was blanketed by the California primrose: 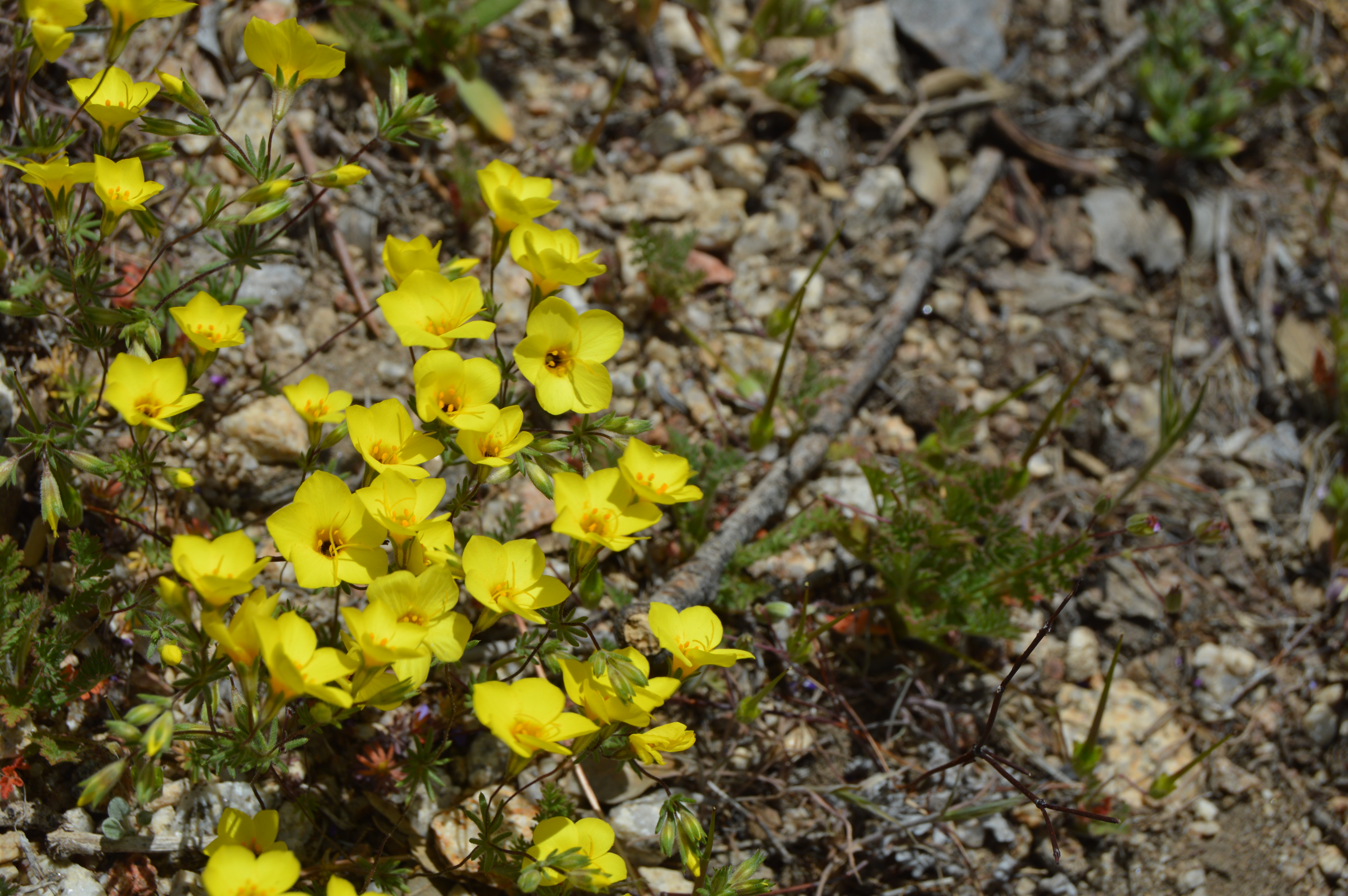 For lunch we drove through this Joshua Tree desert into another canyon region, this one dominated by oaks, junipers, and pines. The transitions between these ecosystems was fantastic – again, it felt strange to see these distinct floras come together. 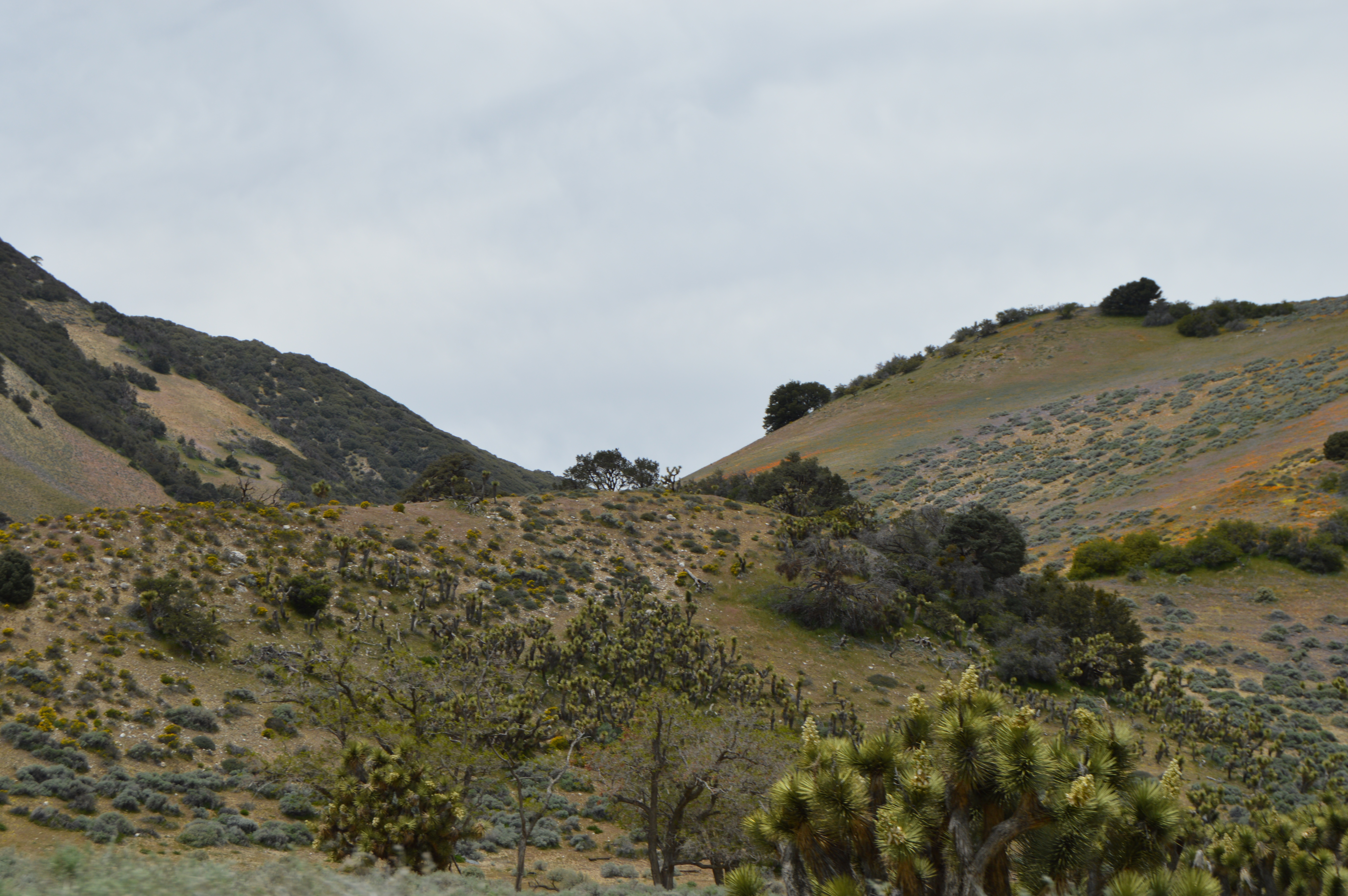 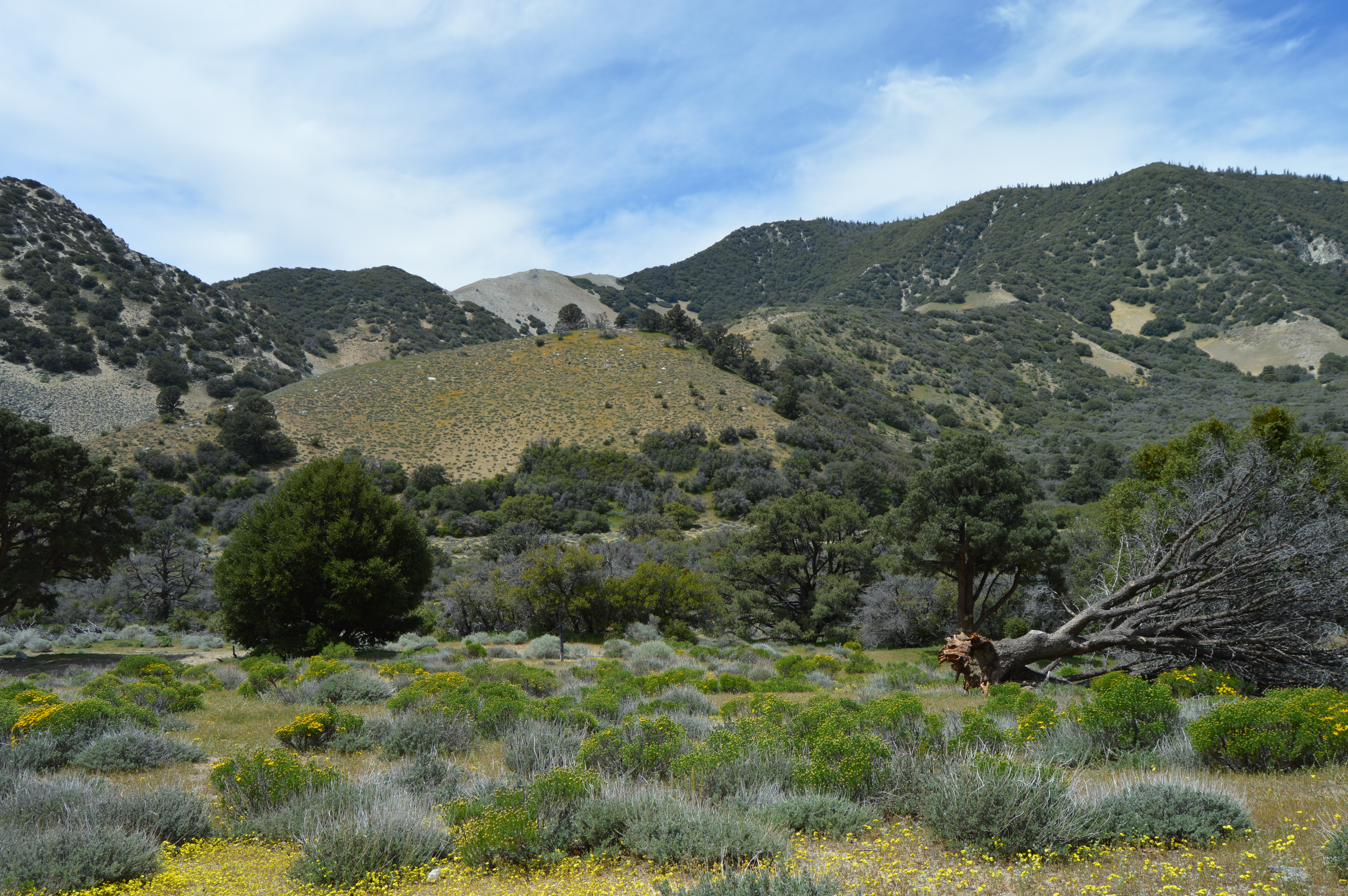 There was also a lot of “charismatic microflora” in the desert: 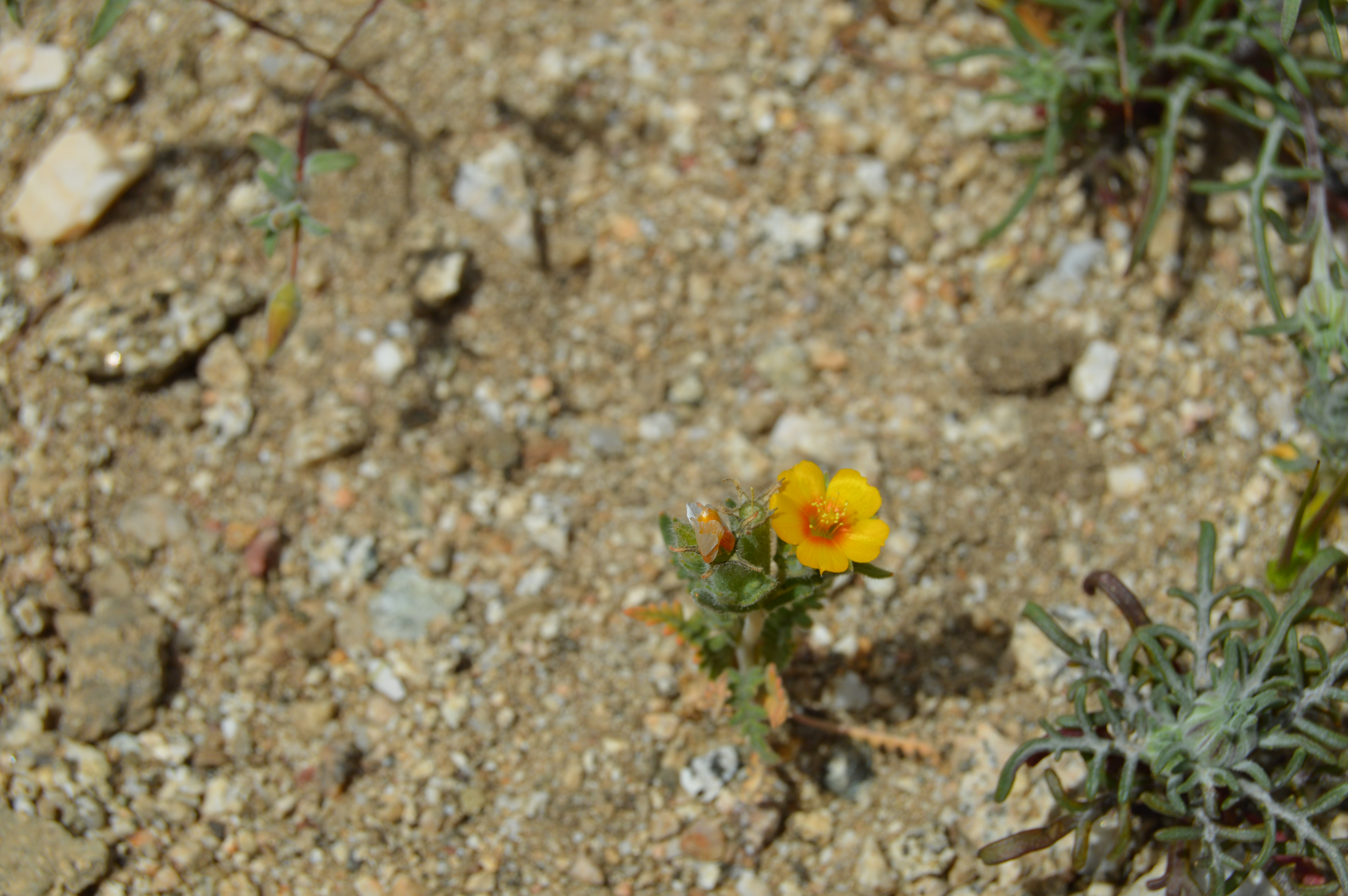 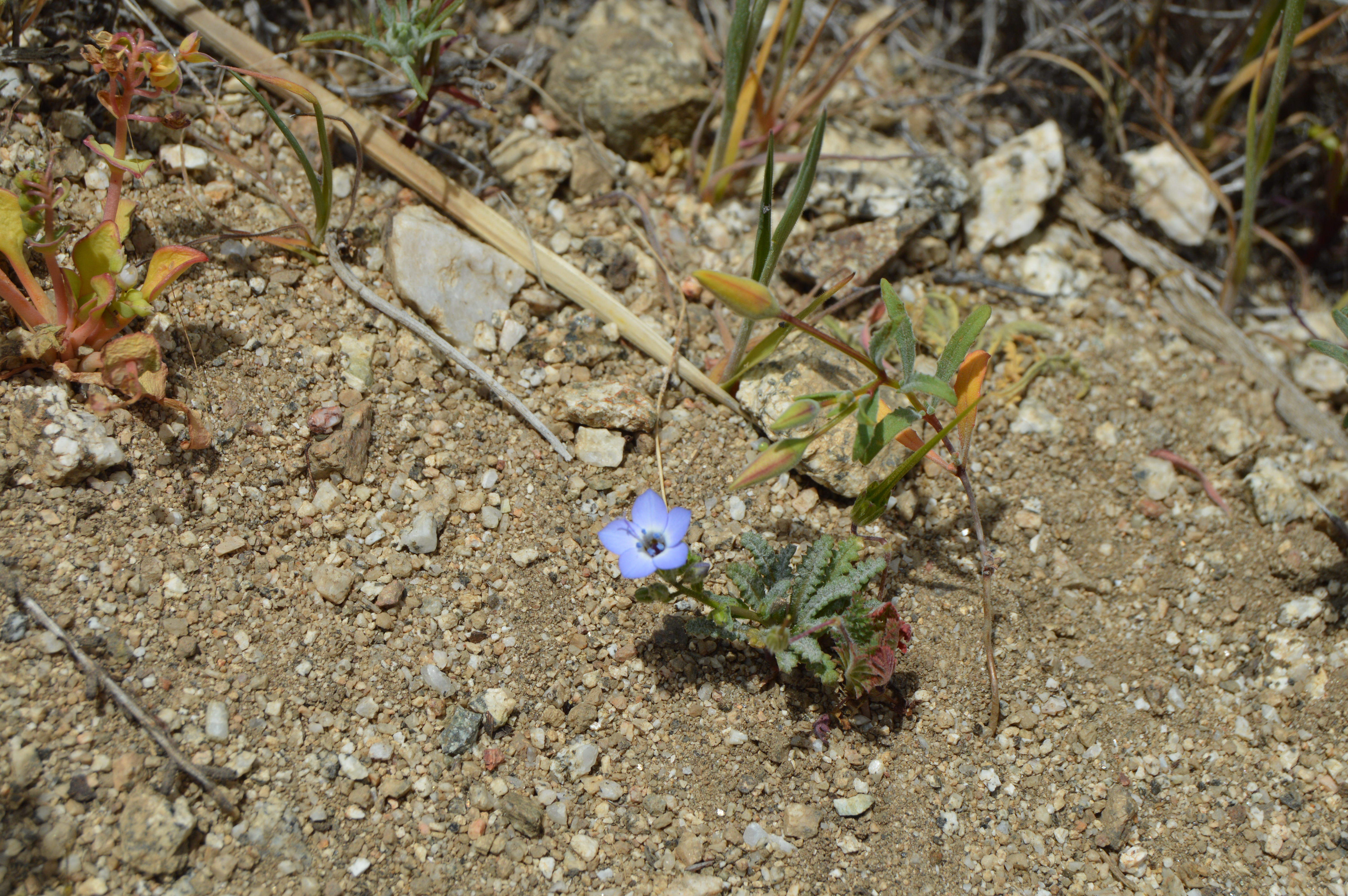 We then drove up, up, and up – probably to >7,000 feet – to checkout another distinct flora. This part of the reserve was characterized by a very “continental” flora – one that resembles the flora of the Utah and Nevada mountains. 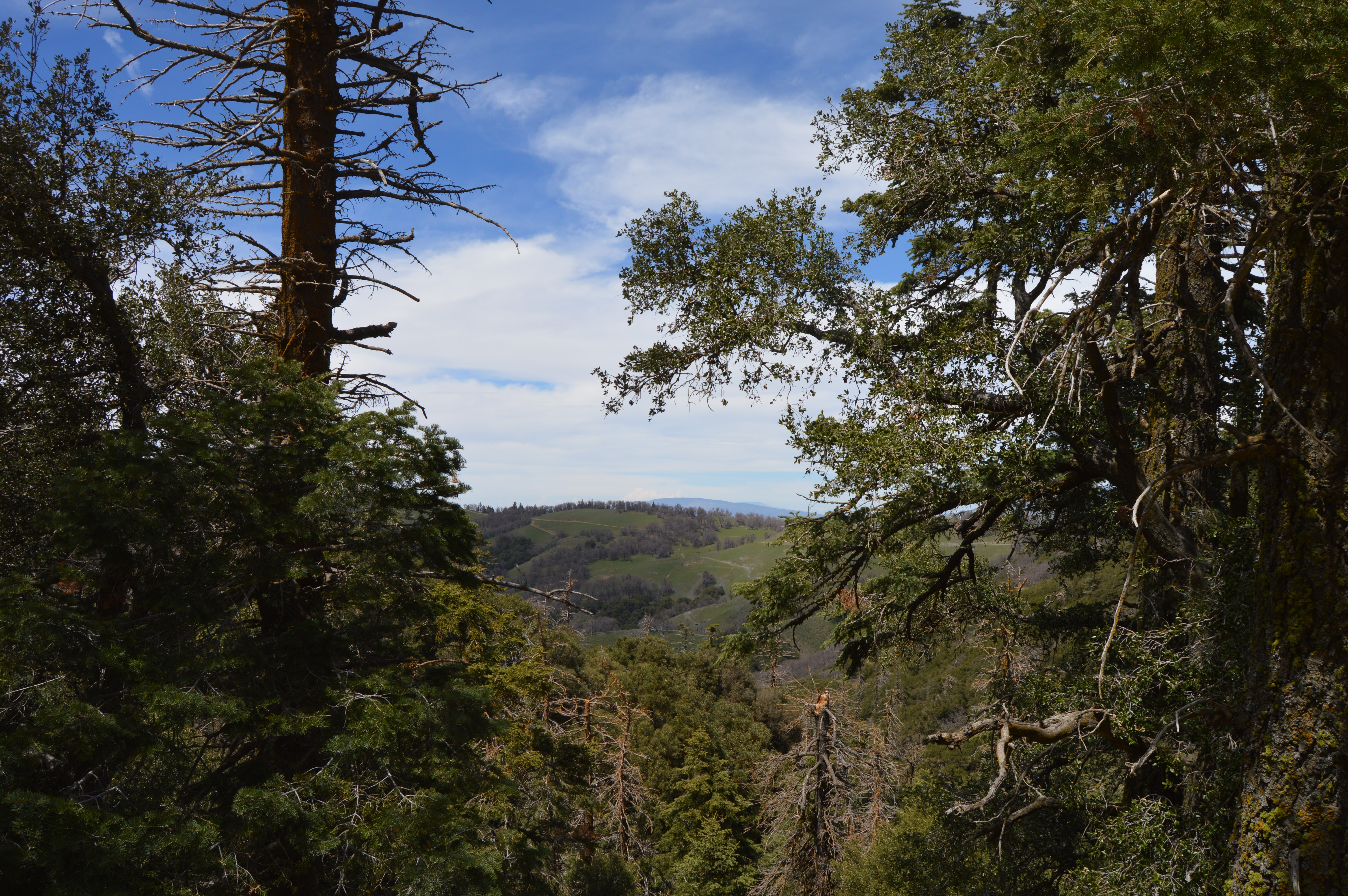 There were lots of tiny annuals here too - like this Microsteris. I was amazed by how diverse the Polimoniaceae family was in this reserve! 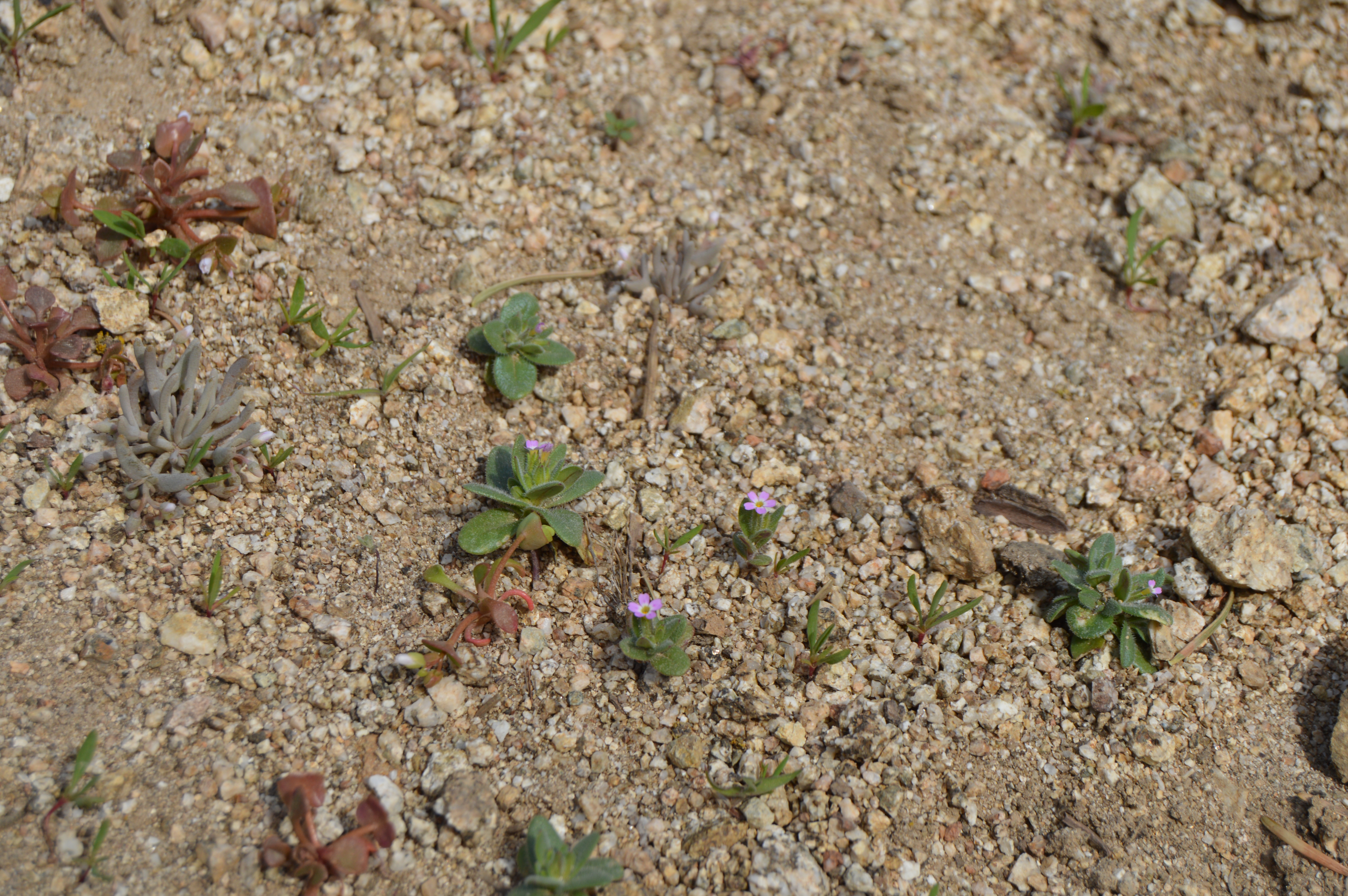 Maddi made friends with a trailside grasshopper (well, she tried to, anyway – apparently it was quite bitey!) 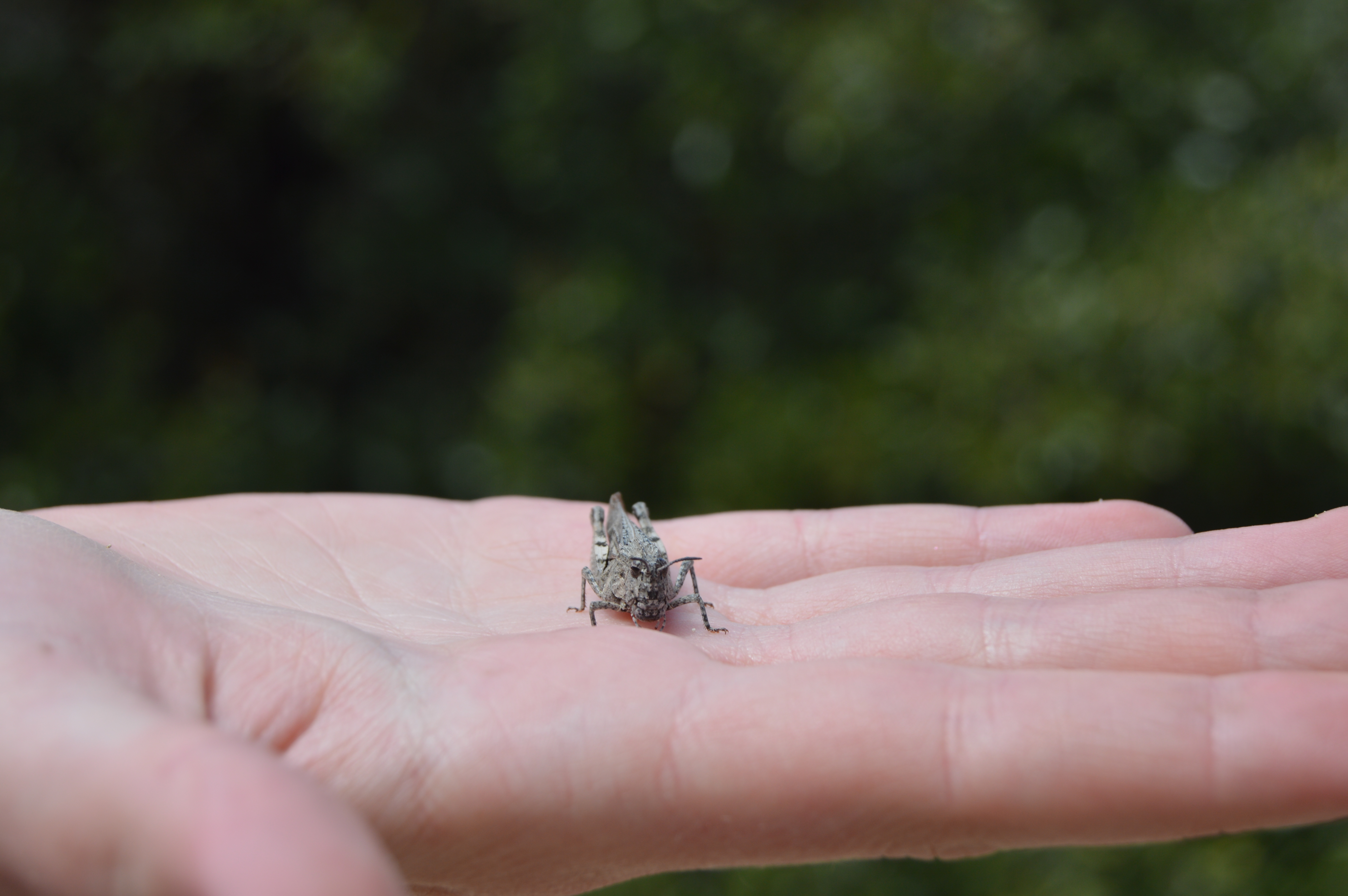 There were lots of fallen logs with moss and lichen and fungi growing all over the bark, which made for some artsy shots: 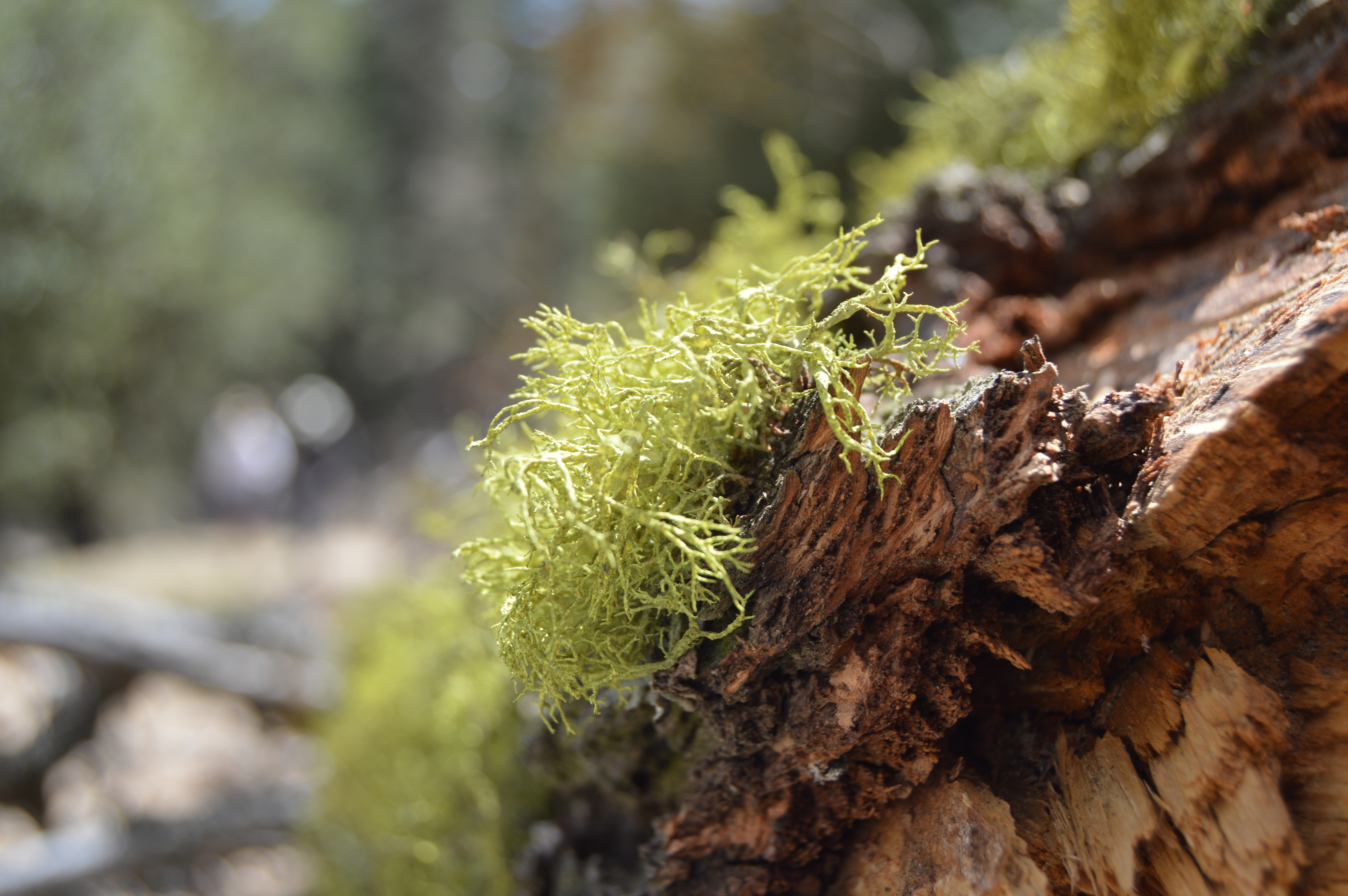 We drove a bit further along the trail, staying at the same elevation. The Continental flora that characterized our first stop gave way to a more California oak woodland/grassland flora as we drove west. 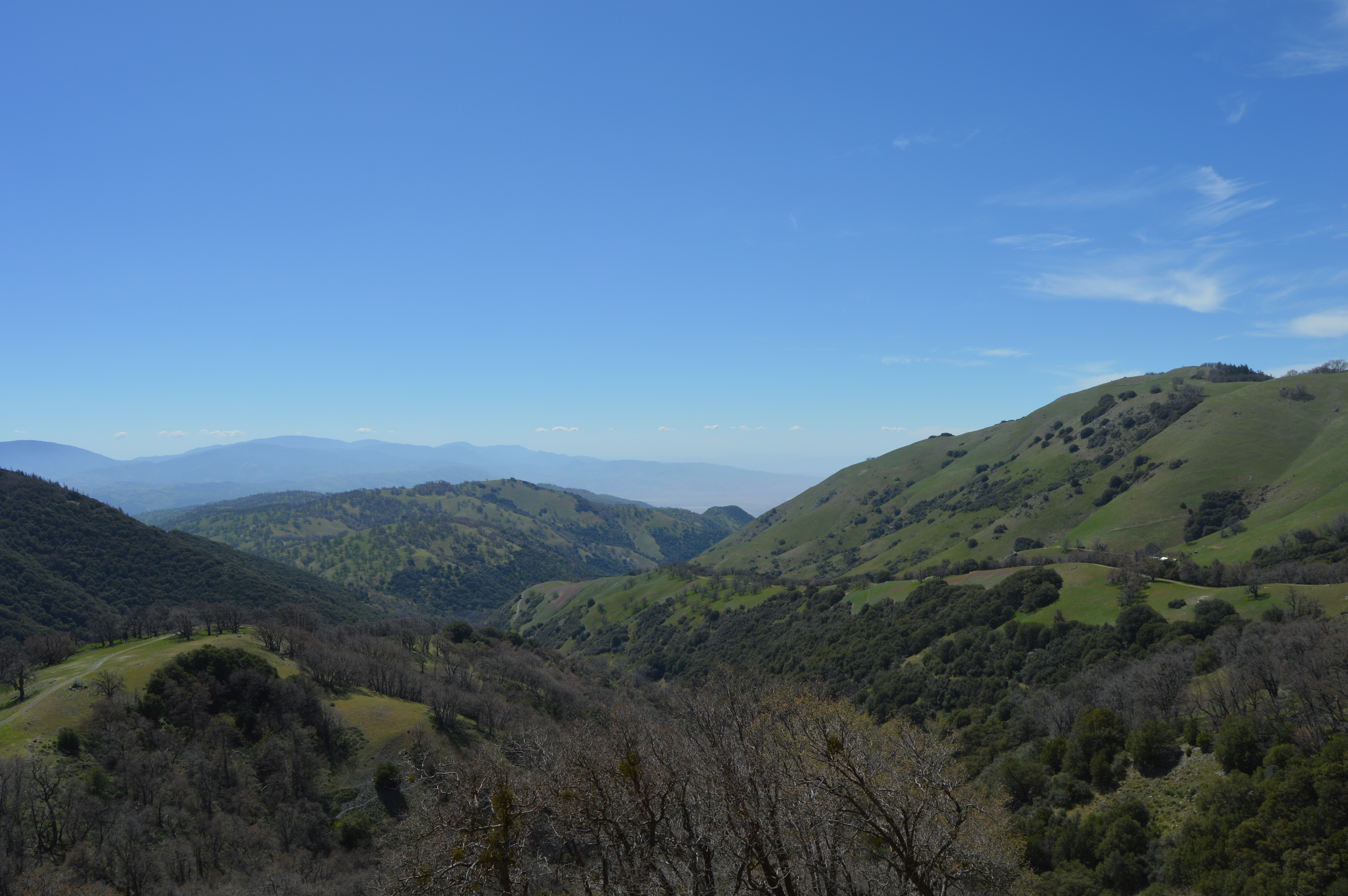 We were greeted by large fields of Baby Blue Eyes, which we had been seeing throughout the reserve in smaller numbers until now. 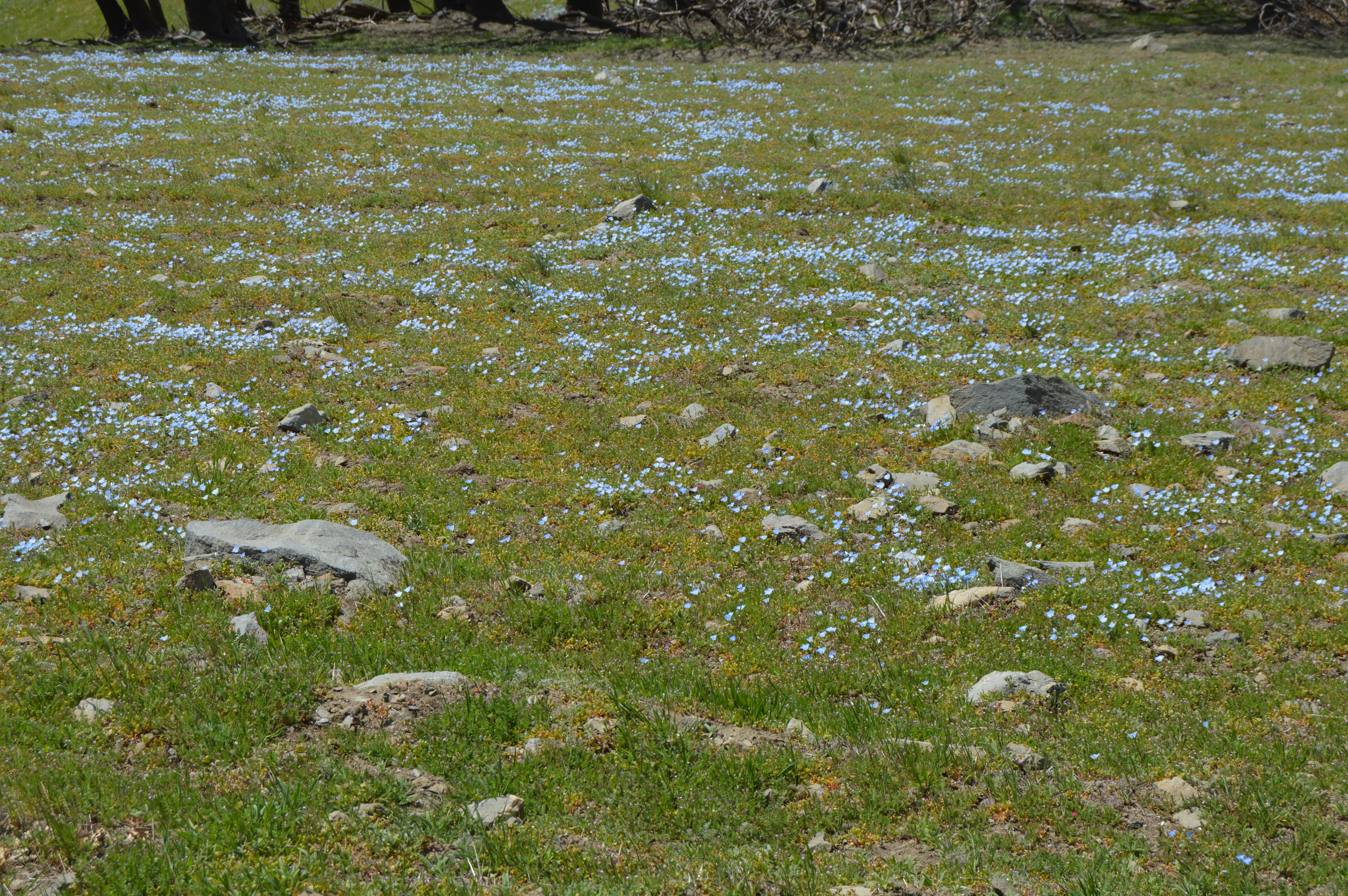 We also some a lot of redmaids – a plant that I have come to really like after first seeing it in Sedgwick a few years ago. 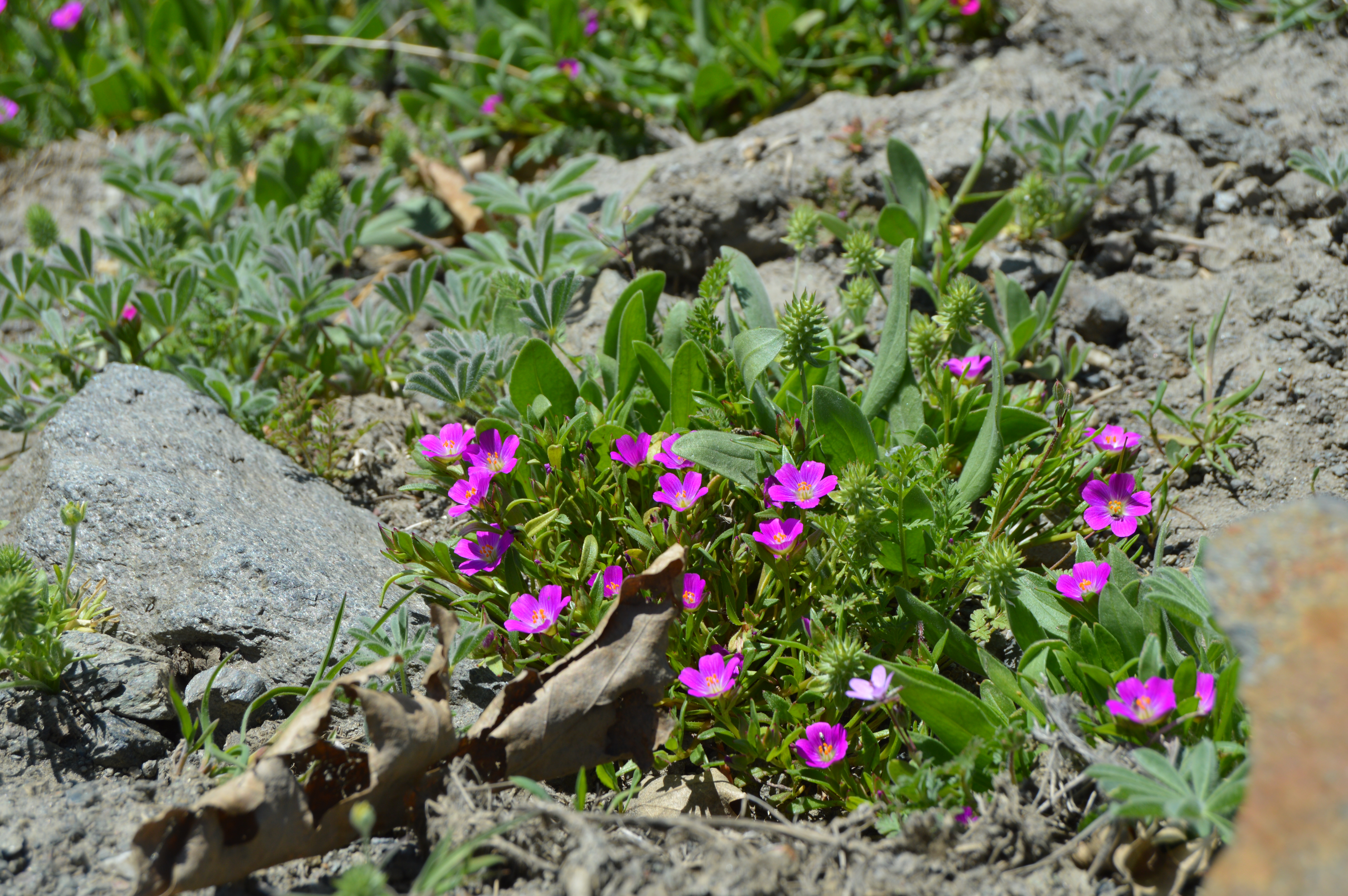 All of these vibrant colors resulted in some really pretty compositions… 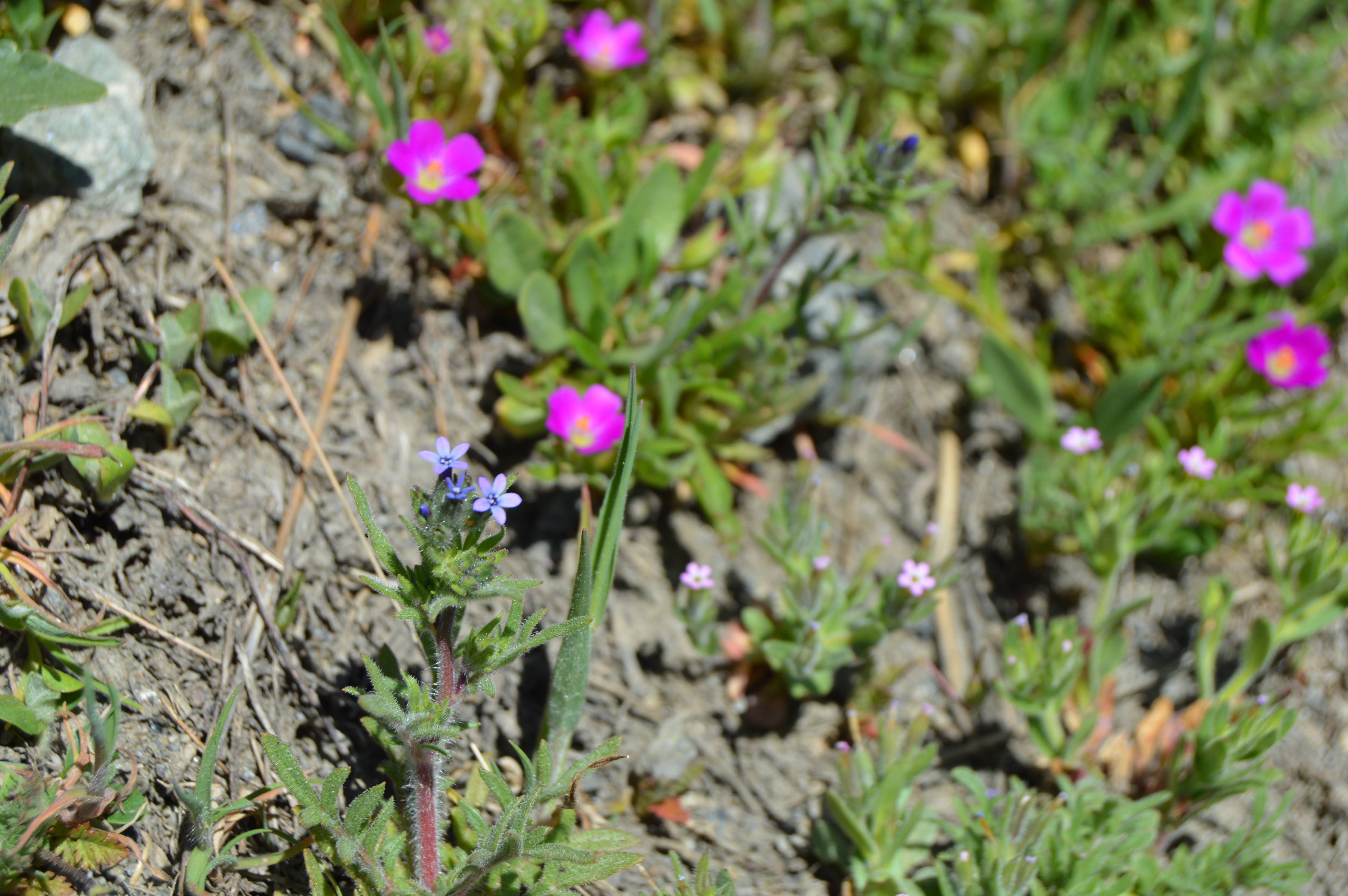 Back down to the desert

After spending some more time wandering the hills and looking out for condors (we didn’t find any – but we did see a pair of Golden Eagles, which was a treat!), we eventually drove back down to the desert at the base of the reserve. We stopped to take in the Joshua trees, and I finally got to get a closer look at their fruit, which was really cool: 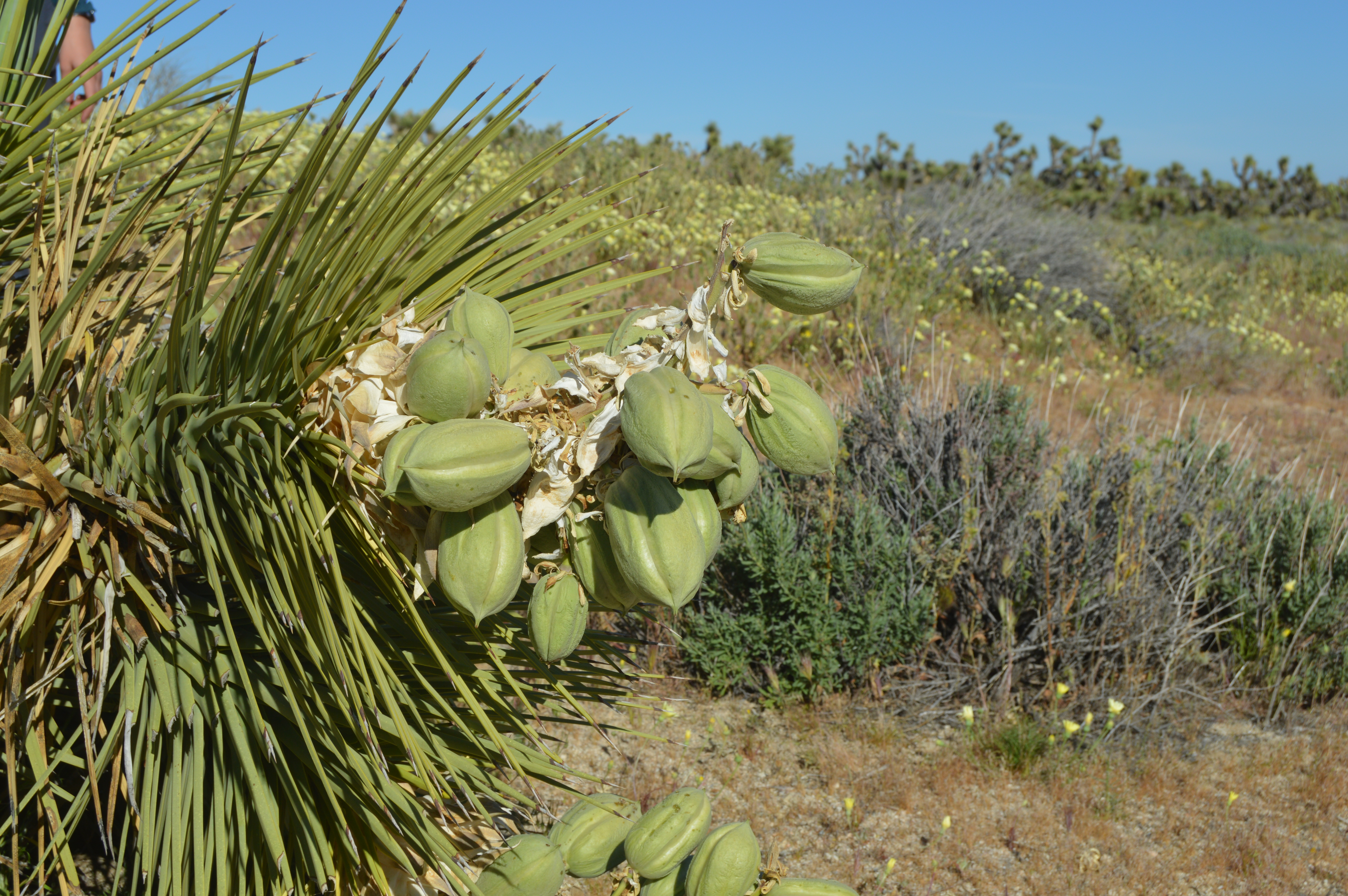 I also got a better look at the desert dandilion Malcothrix - such a gorgeous plant! 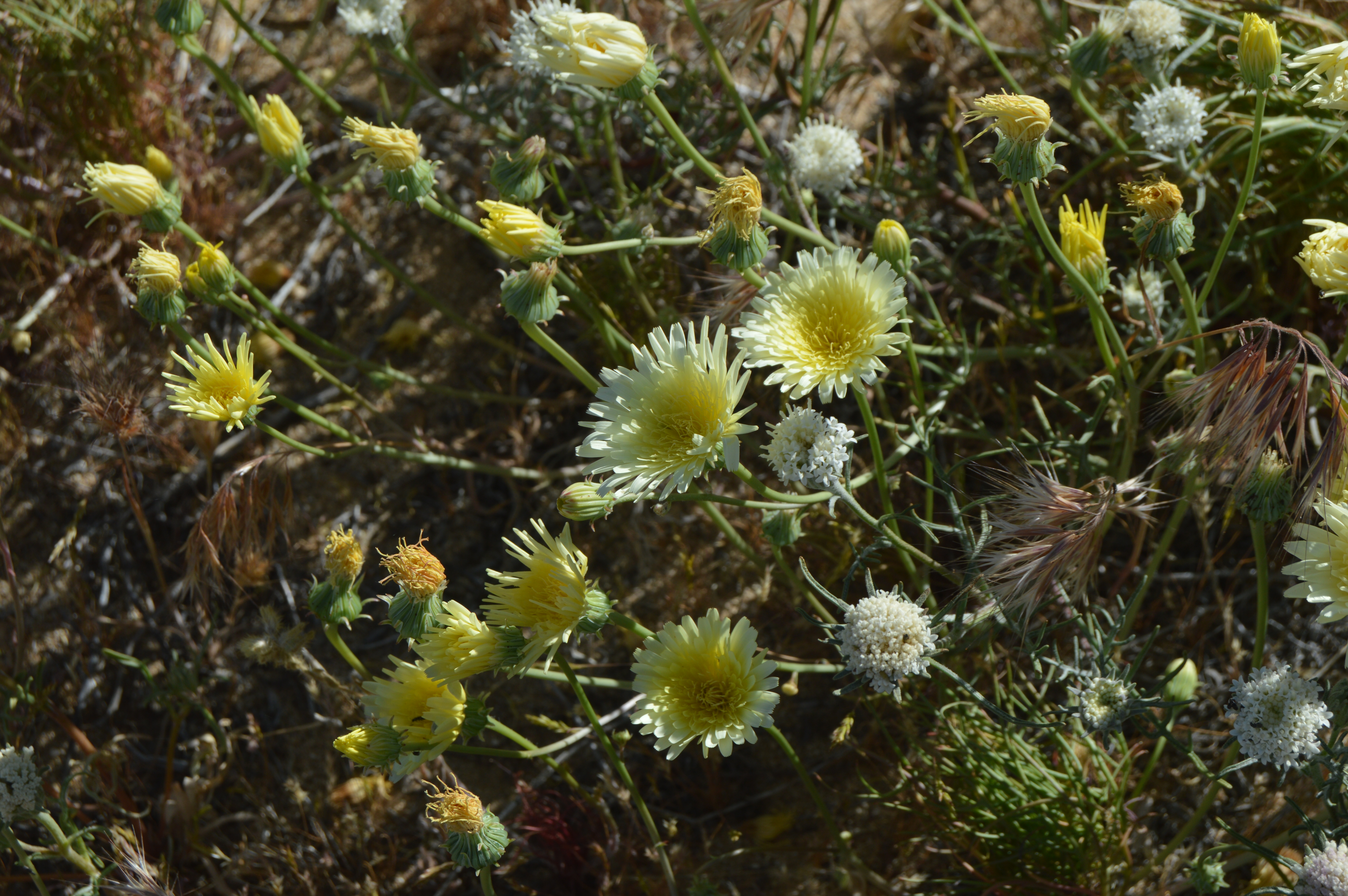 And I also got to see some of my favorite species from my work at Sedgwick- like this Salivia (chia) plant, which is one of the species in my ongoing plant-microbe experiment in the greenhouse. 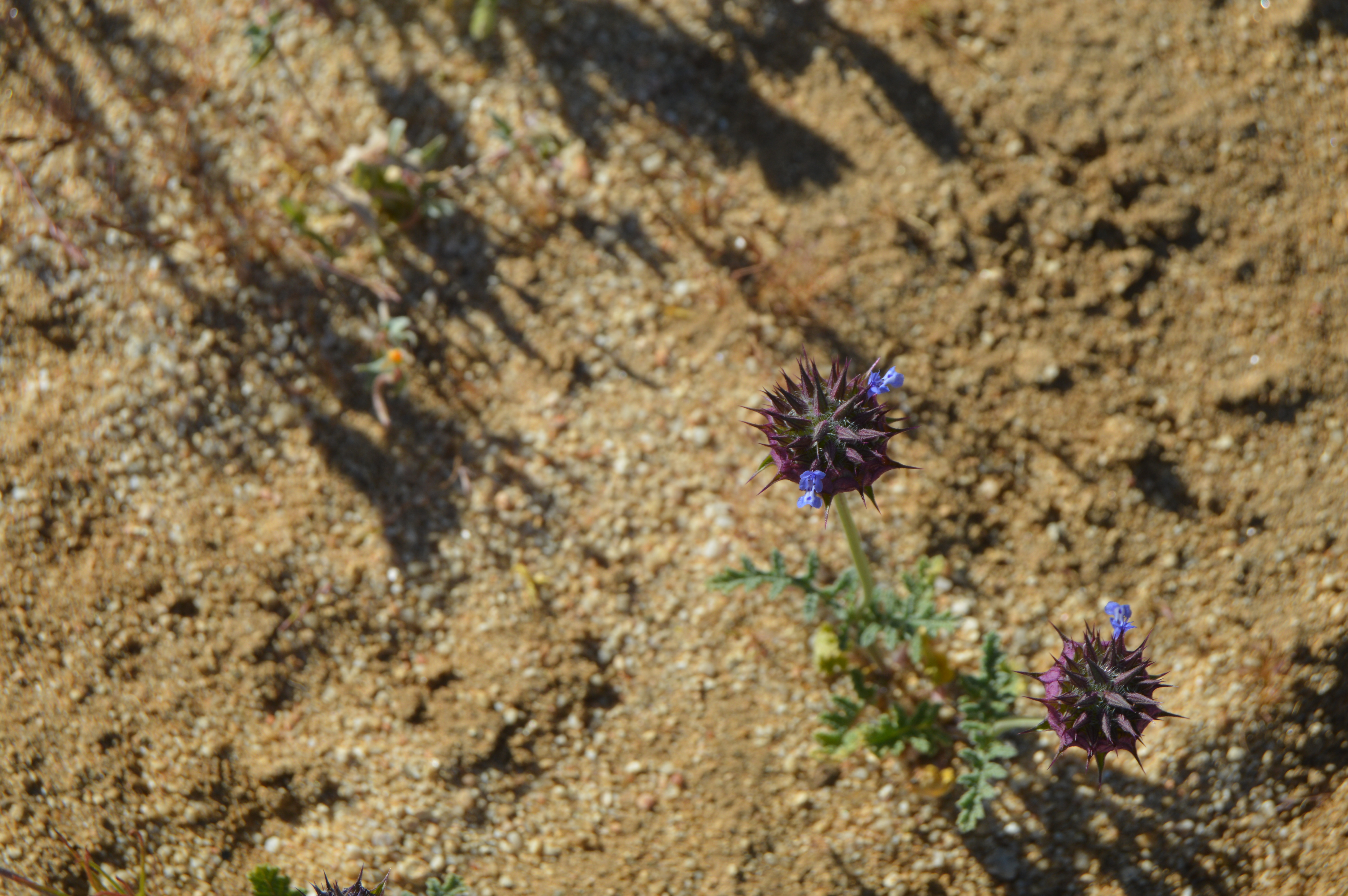 Driving back out of the reserve, it was great to reflect on the wide variety of landscapes we got to explore in a single day in Tejon reserve… 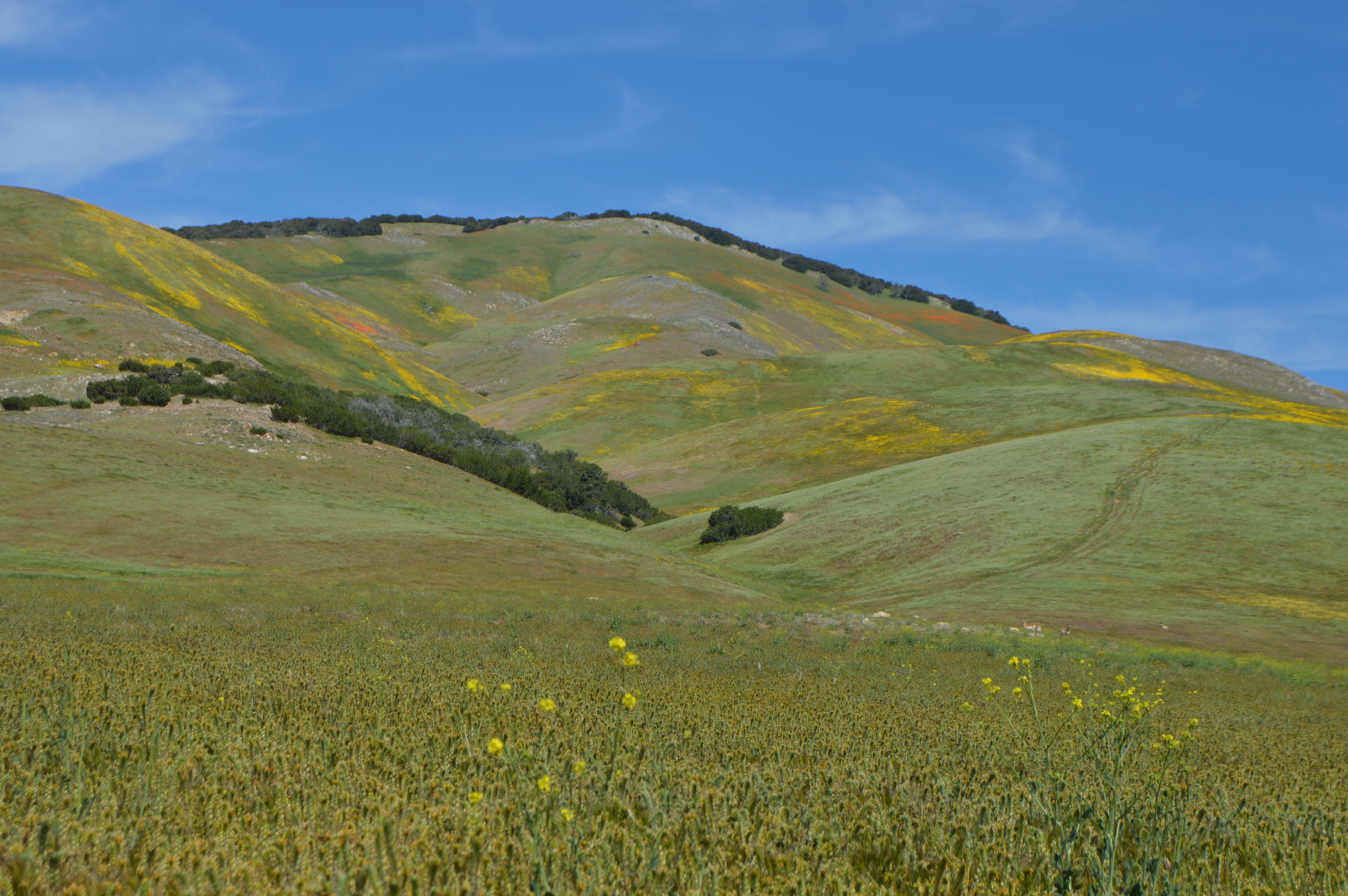